I’ve read it before.

“Haran died in the presence of his father Terah.”

This phrase isn’t used very often in the Bible.

And it grabbed my heart this morning,

because Nick died in my presence too…………….

and in the presence of his father, brothers, and many other family members and friends.

His 36 hours of unstoppable sleep suddenly began to change.

We knew God was calling him home.

We gathered around him.

And he began to hum

The room was filled with an energy I had never felt before and have never felt again.

And when he took his last breath,

the energy vanished just as suddenly from our presence as he did.

returned from a friend’s to find Nick gone.

The horror of the unfolding of that day has been refolded

and tucked into my heart…….

And very little has changed about that room

or our lives as his parents

since that day ten years ago.

This morning as I read about Terah’s loss,

I was taken back to that morning.

I was moved by the fact that Genesis goes on to say,

Terah was headed to Canaan.

A country also referred to as “the fertile crescent”

“a long strip of land curving around like an arc or bowl, where the soil was very rich and fertile and there was plenty of water.”

Terah was on his way to what would eventually become The Promised Land,

but when he came to Haran he stopped and settled in.

No longer wanting to move.

but for some reason this destination was his goal.

And along the way,

he changed his mind.

The death of his son Haran

followed by his desire to settle in Haran

spoke to me this morning.

Have my husband and I settled in the land of the death of our son…..

and the land of our daughter’s death years before?

Has life in some way been on hold as we’ve grieved.

A little over ten since Nick followed her there.

In God’s way of looking at time,

this is only minutes

as to Him a thousand years is like a day.

What is He saying to me this morning?

Is He challenging me to release my grip

on a location or a mindset or a way of living?

for fear of losing the memory of what they’ve been forced to lose physically.

Yesterday, I unexpectedly cried in a food court.

Working behind the counter with his mom,

He had his demeanor.

He had his gentle voice.

And he handed one tiny penny to my friend as her only change.

At the very same time, I noticed artwork hanging in their little service area

Artwork that looked so much like something Nick would have drawn.

And if there was one thing Nick loved other than football,

I held it together until we sat down

and as I began to speak,

slowly begin to slip out and run down my cheeks.

Grief ambushed me yesterday in a town far from our own.

I still miss him.

Yesterday I realized grief doesn’t need a location to be real.

It just needs my heart.

I will carry Adrienne and Nick with me wherever I go.

“You can only carry someone when you’re moving.”

I don’t know what that means.

But I do know this.

I may not be young,

but I’m too young to settle for anything less than what God longs for me to be or do.

I don’t want us to die on the way to where He has us going.

But allowing grief to limit

the depths of purpose

our one life on this planet

is able to hold

How has grief affected you?

Unable to take the next step?

If so, you’re not alone.

Grief stops us all for a season,

and I believe it should.

But I also believe a day comes when you wake up

you’re coming with me.

I’m no longer being held in your grip.”

Don’t miss the fertile crescent before you by settling in Haran.

As all of us know who have lost someone we love,

life is too short for that kind of short-sighted living.

“Now these are the generations of Terah. Terah fathered Abram, Nahor, and Haran; and Haran fathered Lot.  Haran died in the presence of his father Terah in the land of his kindred, in Ur of the Chaldeans.  Terah took Abram his son and Lot the son of Haran, his grandson, and Sarai his daughter-in-law, his son Abram’s wife, and they went forth together from Ur of the Chaldeans to go into the land of Canaan, but when they came to Haran, they settled there.  The days of Terah were 205 years, and Terah died in Haran.” 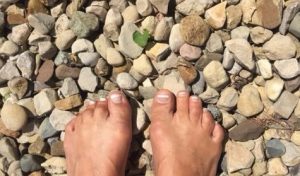