Have We Been Friends for Too Long? 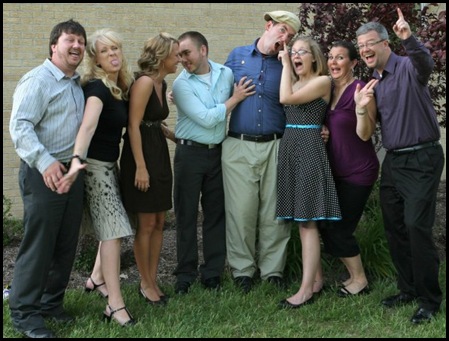 Eighteen years ago, Tim took Erich to preschool registration and met a man and his son while doing all of the enrollment paperwork.  I’ll never forget Tim coming home and telling me that there was going to be a boy in Erich’s class named “Shadow.”

Little did we know that their family and ours would become dear friends- sharing many cookouts, ballgames, date nights at the movies, and many other special moments from 1992 until today.

Erich and Shadow (their son) not only went all the way through school together but also graduated with the same degree last weekend and both received special awards at the nurse pinning ceremony!

Shadow received the Dean’s Award for the highest GPA and Erich received the Spirit of Nursing Award for “displaying the qualities and spirit of a Christian nurse.”  We were so proud of both of them!

This picture of me, Tim, J, and Shelly with Erich, Shadow, and both of their girlfriends tells you a little about just how silly we can be when we are together!

I’m thankful for J and Shelly!  They’ve shared lots of joys and lots of tears with us!

The biggest joy was in 2001 when Tim baptized all three of them!  Not only will we share this life together but we’ve still got eternity to look forward to!! 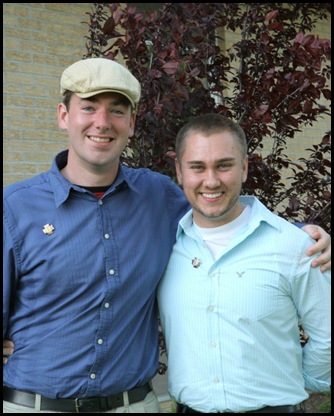 Watch for Shadow in Erich’s wedding pictures in September!