How Many Whirlwinds Does It Take to Change a Person?

That’s all it took to make time stand still.

And sitting here this morning,

I feel as if the clock stopped for our family for almost a week.

Tim and I look at each other now and wonder what happened.

We never dreamed last Wednesday would be

the last day his mom would be alive.

Coming back to Kentucky was hard.

And this morning as I sit here

staring at my screen,

I am fully aware of the emptiness of words

at so many different points in life.

to fill up the empty space in my husband’s heart

or on the blank page in front of me.

So much has happened in the last six days.

In our family’s life.

And in the pages of the Bible.

Job’s friends have continued with their blabbing.

trying to make sense of all that’s happened.

And God has finally reached His limit.

As if He’s been watching from the front row

and can take it no more,

He takes the stage.

Pushes all the actors aside and begins to speak.

Not in the form of a person.

But in the shape of a whirlwind.

The very word we’ve used to describe the last six days in our own lives.

God, who up to this point had seemed absent,

And proves He has been there all along.

His voice begins to thunder

as His voice breaks the silence,

mixed with the sound of violently-spinning air.

God makes it very clear that this life will forever be filled with questions.

And these questions will forever point back to Him.

Whirlwinds have a way of grabbing our attention,

and God definitely got Job’s.

As the dust settled,

Job was able to see again,

but his perspective had forever been changed.

The world had shifted from the force of the wind

and Job’s view of life had shifted too.

“I had heard reports about you,

but now my eyes have seen you.”

Personal encounters with God change us too.

who loved my mother-in-law.

in their own life struggles,

How many whirlwinds does it take to change a person?

the dust has somewhat settled.

Tim and I are back home.

Our kids and Tim’s siblings have almost all returned to their homes as well.

Tim’s dad is surrounded by loving friends in Texas,

and life has to go on.

Things will never be the same.

And no amount of questioning will ever bring us answers.

lived a life that led her to a place where she has no need for answers.

Her eyes now see Him who speaks to us through whirlwinds.

Until the day we see Him face to face,

He may choose to change us one whirlwind at a time.

So how many whirlwinds does it take to completely change a person?

I think the answer will always be,

Until the dust settles for the final time.

And we’re finally able to see Him clearly –

with our very own eyes. 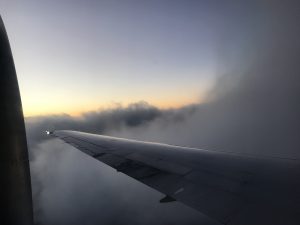