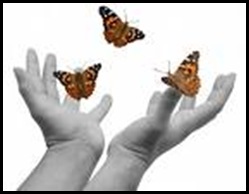 1. to free from confinement, bondage, obligation, pain, etc.; let go: to release a prisoner; to release someone from a debt.

2. to free from anything that restrains, fastens, etc.: to release a catapult.

3. to allow to be known, issued, done, or exhibited: to release an article for publication.

I learned in elementary school that words like “release” are called verbs because they show action.

I guess I just never thought about the fact that actions require effort.

dreams for Nick’s future, unanswered prayers about Nick’s health, anger at the thought of having to say “good bye” to a second child, and the list goes on and on….

But tonight I find myself facing a different kind of “call to release.”

I believe God is calling me to release my desire to “fix” things for my children and for their friends. See, I have a son who is hurting tonight, but I know that stepping in would only make things worse.

The Bible says that the devil came to steal, kill, and destroy. I am reminded of this truth over and over again, but tonight I am so frustrated by his never-ending schemes to bring feelings of rejection and loneliness to kids who are trying to live in God’s will in an attempt to steal their joy, kill their friendships, or destroy their self-esteem.

The LORD confides in those who fear him;
he makes his covenant known to them.

My eyes are ever on the LORD,
for only he will release my feet from the snare.

Turn to me and be gracious to me,
for I am lonely and afflicted.