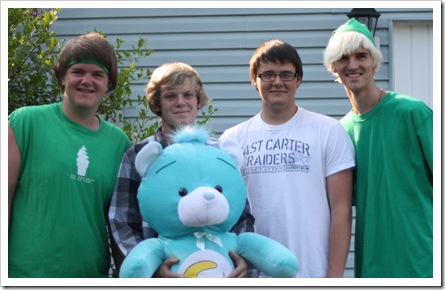 Keeping track of teenage boys who have decided to make movies this summer based on their Zelda video game…….. 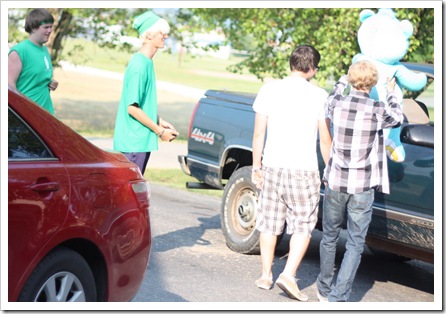 Wondering how many teenage boys are willing to be seen driving with a Care Bear as their passenger? 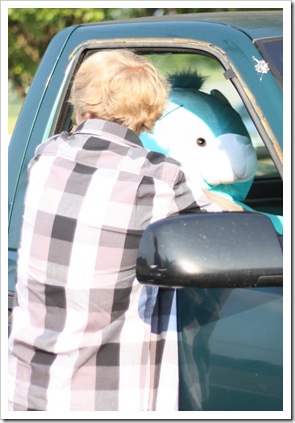 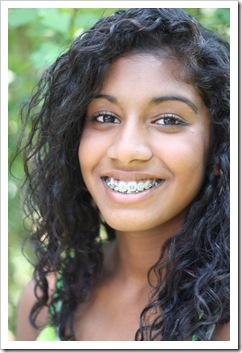 Taking Olivia to get her first perm…… 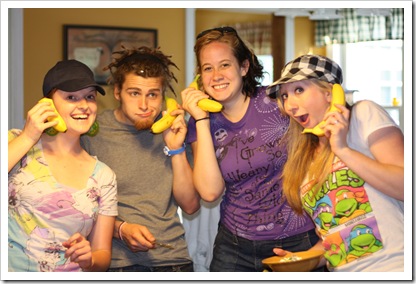 Having a college camp team over to our house to make banana splits…… (We are their prayer parents for the summer.) 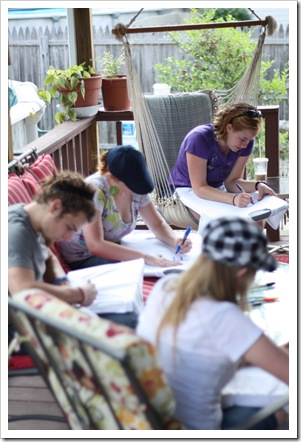 Giving them supplies so that they can create team t-shirts……. 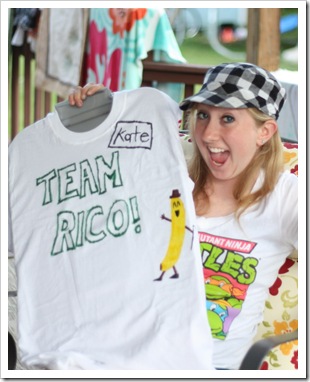 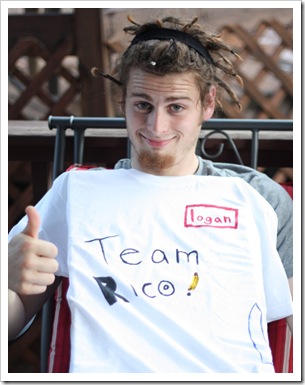 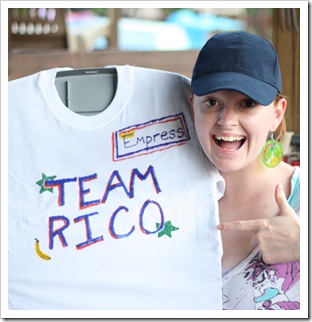 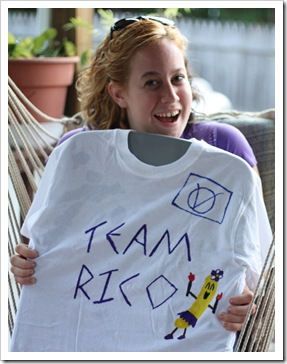 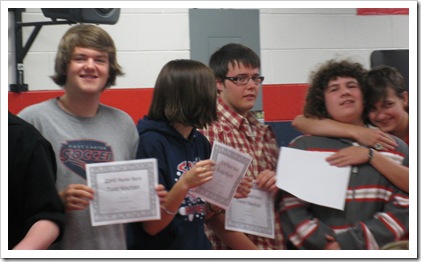 Attending band banquets where Todd and his friends received certificates for their accomplishments this year in band! 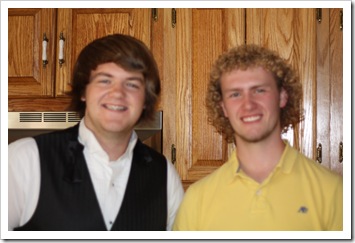 Saying bye to Randy, our house guest for a few weeks while he took a summer class at KCU.  Thankfully, Todd and Randy became great friends while he was here, because Randy will be traveling with Todd for a couple of weeks later this summer in a choir.

Its been busy here.

I just wanted to share a little of what has been happening in our home.

We miss Erich and Evan so much!  Erich loves his job!  We’re planning to go see him in Nashville some time next week!  Evan’s internship is going great!  We talk to him every day and cannot believe all of the fun things he has already had the opportunity to see and do!

Have a wonderful Wednesday.