Battlefield of the Mind: Week Twelve

This week’s chapter really hit home with me.  Joyce shares many different verses about NOT allowing our mind to be consumed with worry and anxiety and explains very clearly that if we are truly abiding in Christ that we will have peace even in the midst of the most non – peaceful situations. 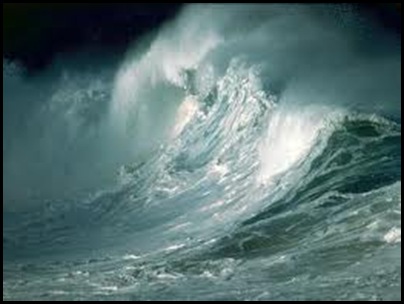 She shares about a time when two artists were asked to paint a picture that represented the word “peace.”  One painted a “quiet, still lake far back in the mountains.”  The other painted a “raging, rushing waterfall which had a birch tree leaning over it with a bird resting in a nest on one of the branches.”  She goes on to explain that the second painting truly depicts peace because in the picture there is some form of opposition.  The still lake actually represents stagnation……or lifelessness.

We often long for a “still lake” kind-of life and yet God often calls us to a “raging, rushing waterfall life” where He longs to hold us safely above the current……resting in His hands.

For me, this year is proving to be another year full of “raging, rushing waterfall life moments.”  Sometimes, I am able to lean back in the “nest” and trust God……other times I find myself hanging on for dear life, looking down at the rapids below me in total fear.

I love the verse Joyce shares from II Chronicles when Jehosophat is faced with the reality that several countries are preparing to attack him and his people.  He calls upon God instead of panicking, and he admits that he and his people are powerless.  Then he says these humble words in verse 12,

“We do not know what to do,

but our eyes are upon you.”

I love this statement!!! I love that a powerful king wasn’t afraid to admit that he was powerless and honestly at a loss as to how handle an imminent war.

“Listen, King Jehoshaphat and all who live in Judah and Jerusalem! This is what the LORD says to you: ‘Do not be afraid or discouraged because of this vast army. For the battle is not yours, but God’s. Tomorrow march down against them. They will be climbing up by the Pass of Ziz, and you will find them at the end of the gorge in the Desert of Jeruel.  You will not have to fight this battle. Take up your positions; stand firm and see the deliverance the LORD will give you, O Judah and Jerusalem. Do not be afraid; do not be discouraged. Go out to face them tomorrow, and the LORD will be with you.’ “

These verses remind me so much of Nick’s favorite verse (Joshua 1:9).  Do not be afraid.  Do not be discouraged.

Why should we not be afraid or discouraged?

Because God is with us!

The battle is not ours but His.

So, tonight, as I think about the battle for my mind, I want to claim the verses above…….

I want to humble myself and admit to God that without Him I am powerless.

I want to be honest and tell Him that I truly don’t know what to do without His help.

And then I want to believe that just as God was with Jehosophat and his people – He is also with me and with you……..wherever we go!

I’m praying tonight that you will grasp just how much God loves you and just how desperately He longs to be your problem solver.  Lay everything out before Him, and then lean back in your nest and trust Him to keep you safe in spite of the raging, rushing waterfall below.

When you are able to do that, you have discovered true peace.