Capturing Love With A Lens

I don’t think I’ll ever stop being amazed by  the simple moments in this life that turn into defining ones.

Just when I think I’ve seen it all,

something happens that shifts the ground under my feet,

helps me see more clearly what love really looks like,

causes me to step back and just say, “Thank you, Lord.”

Yesterday was one of those days when love literally bloomed right in front of me,

and I was blessed to capture the moment with the lens of my camera.

I’ve been planning to write a post about Olivia’s boyfriend for a while now.

I’ve been wanting to talk about his plan to attend Bible college and enter a life of full-time ministry and how this desire to share the love of God with others compels him even now as a senior in high school.

He understands personally what it means to be saved by grace and this deep awareness of his own need for God’s love and mercy drives him to share what he knows with others.

Over Christmas break when many teens were spending time playing video games or watching movies, Luke wrote a Spoken Word poem about what it means to “fit out” instead of “fit in” in a world where the pressure to follow the crowd seems to push many teens away from God rather than closer to Him.

With help from his sister, Abby, Luke created his first Spoken Word video for YouTube.

I want to share it with you today, but before I do I want to give you a glimpse into the soul of this young man.

I truly believe God set up this opportunity for the world to be able to “peek” into the heart of Luke,

because yesterday never would have unfolded like it did had so many things happened differently.

First, we had an unexpected snow day which meant I was home instead of in Olive Hill which is where I would have been when Olivia was suppose to be leaving for her date with Luke.

Second, since Olivia has never driven on icy roads, we weren’t quite ready to send her on her way alone; so I drove her to meet Luke instead of allowing her to take her own car.

Third, because it was her birthday, I grabbed my camera because I wanted her picture with Luke before they headed out on their date.

Fourth, the lighting was perfect for photographs since they started their date in the early afternoon so that they could get back to Luke’s church in time for youth group because he had invited a friend and wanted to be there in case he showed up.

So, Olivia, her best friend, and I set out for Ashland around 3:15 yesterday.

As we pulled into the parking lot of McDonald’s to meet Luke, I had no idea how the next ten minutes would become not only a story I believe we will carry with us the rest of our lives but also a visual of exactly how big Luke’s heart really is.

Luke walked to Olivia’s door, as he always does, and opened it for her.

But instead of walking her to his truck, he turned her around so that she was walking backward the entire way.

I really wasn’t sure what was going on, but I grabbed my camera and hopped out because I really wanted one picture of them before they left and it looked like Luke was going to steal her away very quickly.

I began snapping photos in the McDonald’s parking lot, fully aware of just how crazy this moment may be looking to anyone who just happened to be driving through in need of a cheeseburger.

Luke planted Olivia in front of his truck, and said, “Open this, but don’t look back.”

Olivia was grinning ear to ear as she unfolded the paper in her hands.
I just kept clicking, unsure of what would happen next. 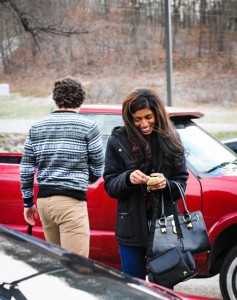 When Luke turned back from his truck with this rose in his hand, Skyler and I were dying.

Olivia had no clue what was going on. 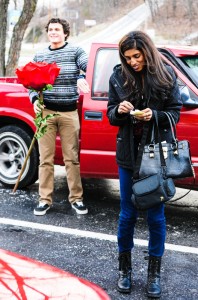 She lifted the tiniest, glass rose from the paper in her hands and made the sweetest little sound as she said, 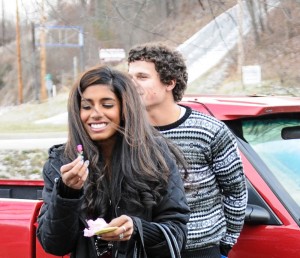 She started to turn, but Luke said, ‘Read the letter first.” 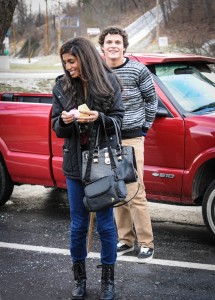 His grin as he waited was priceless.

Her grin as she read his letter was priceless too. 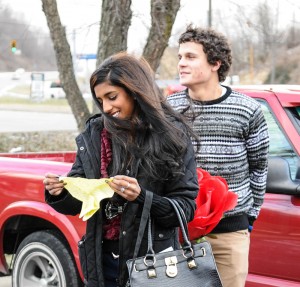 Until I heard a man say what I think Luke may have considered the most unbelievable words that could have been said in that moment.

From behind me, I heard, ‘That’s the biggest flower I’ve ever seen in my life!”

Olivia was enthralled with what she was reading.

Skyler and I were laughing so hard I could barely breathe.

The poor gentleman realized in that moment that Olivia was unaware of what Luke was holding, and then bellowed out, 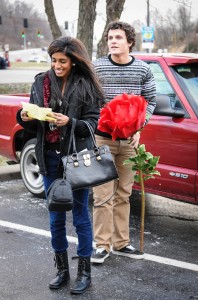 I’m pretty sure that right that second Luke wanted to rewind time and somehow take this man out of the moment, but I was certain Olivia had no idea what had just happened.  The letter had captivated her heart. 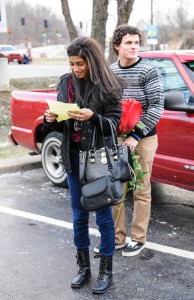 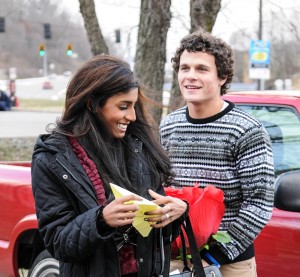 She screamed and began to laugh. 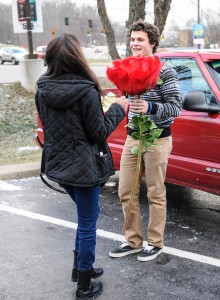 She also had never seen a flower this big in her whole life.

I love the look on Luke’s face as his gift is received with such joy by Olivia. 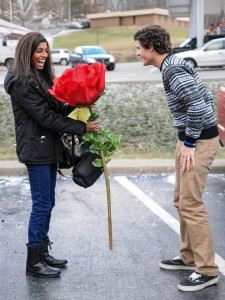 With her hands weighed down with all she had brought for the evening and all Luke had handed her as she had arrived, she struggled to find a way to say thank you except with her smile. 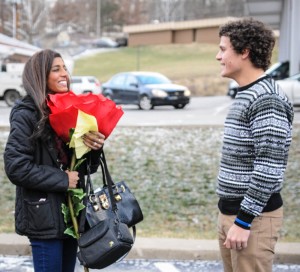 After she had had a minute to regroup, she pulled out her tiny rose and said,
“I thought that man was being sarcastic.  I thought he was making fun of this flower when he walked by!”

We all had such a good laugh, and I really regret not going into McDonald’s and getting that man for a photograph.

If you hear a man telling this story from the perspective of that man, please have him contact me,

because I want him to know how his sweet words and honest mistake added so much laughter  and joy to our day. 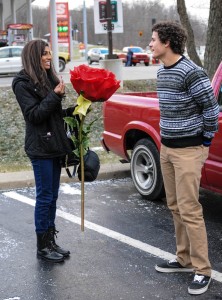 Olivia was finally able to manage a way to give Luke a hug, and in this moment I know Luke and Olivia both felt exactly what God longs for us to feel when we realize just how much He loves us and longs to shower us with surprise gifts every single day. 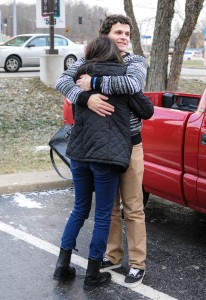 Now you’ve seen a glimpse into the heart and creativity of the Luke we all love and cherish.

Yesterday, God gave me the privilege of capturing this love with my lens.

While we couldn’t have handpicked a better boyfriend for our girl, I also couldn’t have come up with a better way of introducing his Spoken Word video entitled, “Fitting Out,” than by sharing this memory from yesterday.

Luke is a teenage boy who longs to “fit out” instead of “fit in.”

God’s love has bloomed in his own life and he understands forgiveness and mercy firsthand.

Because of this, he wants everyone to know just how purposeful life is when you choose to live it for Him who loves you most.

When I think of how Olivia’s life began, seemingly unwanted and abandoned in the world’s eyes, I am overwhelmed at how God continues to show her just how wanted and loved and cherished she really is…………..

and one of the ways He shows her is through her relationship with this amazing young man.

I hope you enjoy his message of God’s love that his sister Abby captured with a lens.

Today, let’s all choose to “fit out” in a world screaming for us to “fit in.”

Do not conform to the pattern of this world, but be transformed…….. 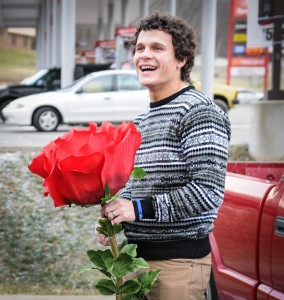 Darren and Julie Diamond, you have raised a true jewel. Thank you!

(Before watching the video, you might want to pause the blog music in the lower left corner of the screen.)