When God’s Plan May Not Involve Me 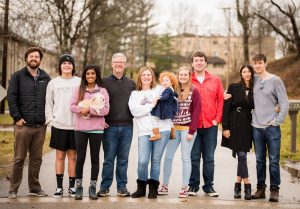 Did God’s plan include Rebekah’s decision to trick Isaac?

To have Jacob lie to his own dad?

In Old Testament times, the blessing of a father could not be revoked once spoken.

Isaac surely knew this too.

But they moved forward anyway.

Came up with a scheme to steal Esau’s firstborn rights.

Years before, God had clearly been involved in the choosing of Rebekah as Isaac’s wife.

Abraham sent his servant on a mission.

And the instructions were very clear.

“The Lord, the God of heaven, who brought me out of my father’s household and my native land and who spoke to me and promised me on oath, saying, ‘To your offspring I will give this land’—he will send his angel before you so that you can get a wife for my son from there. If the woman is unwilling to come back with you, then you will be released from this oath of mine. ” (Gen. 24:-7-8)

Rebekah was more than willing to go.

And eventually became pregnant with twins.

The pregnancy was not easy, though.

Scripture says they “jostled within her womb.”

Rebekah must have had a personal relationship with God.

She wasn’t afraid to ask Him what was going on.

And He was more than willing to reply,

“Two nations are in your womb,

and two peoples will be separated from within you.

One people will be stronger than the other,

and the older will serve the younger.”

Had this prophecy haunted her?

Did she dwell on it until the day of their arrival?

I know I would have.

The mystery of those words had to make her watch closely as her baby boys entered the world…….

One at a time.

Was this grasping of his brother’s foot a way for Rebekah to see with her own eyes that Jacob was the rightful heir?

And did God let her in on all of this so she could make this happen?

Take things into her own hands “in the name of God” Himself.

Do whatever it took to put Jacob on top.

The younger son with all the rights.

I would stumble through the rest of Biblical history if I thought this was His plan.

I think God had everything under control.

He already knew Esau was unable to lead His people.

Who sells their birthright for a bowl of soup?

Wouldn’t he sell his father’s blessing, too, if he were offered even more?

couldn’t sit back and let things unfold in God’s time.

And directed the steps of others.

I needed this message this weekend.

Stepping away from the real world for 48 hours has been good for me.

I’ve come close to being Rebekah this week.

Not in a deceptive way.

But in a “this is what God would want for my child” way.

I’m so thankful for the Bible.

And the fact that God wasn’t afraid to share the good, the bad, and the ugly parts of Christian history.

Jacob didn’t have an easy life.

Was this a result of his mother’s desire to “make things right” by stepping in to a plan God had not yet set in motion?

Or a result of his own desire to have what God had promised…..

but long before God had said,

Today, I’m asking God to help me step back.

He has a plan.

it doesn’t involve me.