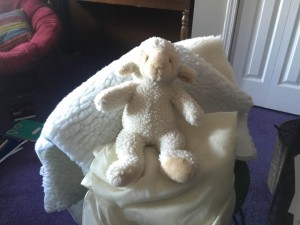 If you ever wanted a reason NOT to believe in a loving God,

But if you ever wanted a reason TO believe in Him,

you might want to read this very same chapter……again.

Scripture confirms this in Isaiah 55:8-9.

“There was a loud wailing throughout Egypt because there wasn’t a house without someone dead,”

How does perfect love cause anyone to wail?

If I stopped here,

I’d walk away from this Book, this Story, and this God.

But an image still haunts me from a decade ago.

I didn’t snap a picture.

It would have been rude.

But I did allow what I witnessed to sink deep into my heart and soul.

I never wanted to forget what I saw.

A wailing mom in India,

bending low with her tiny baby,

“That is the god of death,”

I was told by the one leading our group.

Only five short months had gone by since losing Nick

and in that moment,

I felt my whole grieving body ache along with hers.

He must have been a very sick baby,

and she must have been a very desperate mommy.

I remembered this feeling all too well myself.

I, like her, had tried everything I could to save my son.

I wanted to reach out and touch her that day.

I wanted to wrap my arms around her and speak her language.

I wanted to tell her there was Hope.

Hope for her baby even in death.

But a concrete god wasn’t going to lead her there.

Only a Living God could offer Hope.

That’s what I’m believing the Israelites were able to tell the wailing Egyptians.

Having marked their own doors with blood dripping from a hyssop branch,

an everyday plant that symbolized faith,

the Israelites had been spared.

Death had not been allowed into their homes.

But the sound of wailing had surely shaken their walls,

sent them running with hugs and tears to a people whom they had grown to love.

430 years is too long to be neighbors without getting somewhat emotionally attached.

So I read this story both as someone who has wailed

and as someone who has sat with others in the same depth of pain.

I read this story as a mom who has felt the agony of what felt like unanswered prayer.

But I also read this story as a mom who has chosen to believe I don’t always know what “answered prayer” means.

I believe the Israelites did for the Egyptians the exact thing I longed to do for the woman in India.

I believe they ran to them with Hope.

Offered the hyssop branch of faith as a peace offering.

Shared the story of Abraham, Isaac, and Jacob.

Introduced hurting moms and dads to more than a statue.

Somehow broke through their pain and helped them see that while none of us are exempt from death,

all of us are offered Hope.

Because later in the same chapter it says,

The Israelites journeyed from Rameses to Sukkoth.
There were about six hundred thousand men on foot, besides women and children.
A mixed crowd also went up with them, and also large droves of livestock, both flocks and herds.
Exodus 12:37-38

“A mixed crowd also went up with them.”

_______________________________________________________________
This sentence tells me something I needed to know as I stumbled through this chapter.
The Israelites didn’t leave Egypt alone!!
I love to imagine the chosen people of God,
spared the death of their firstborn children,
choosing to wrap their arms around the broken Egyptians
and saying,
“Come with us.”
Is there anything more beautiful than the love and forgiveness in this moment?
Beaten-down slaves, suddenly released,
then offering Hope to the very ones who had oppressed them.
Death has a way of leveling the playing field.
And Hope has a way of leveling it too.
I wish I could go back to India.
Find that woman and hug her.
Somehow offer her Hope.
I’ve thought about her so many times.
Wondered where she is
and what happened to her baby boy.
I’m choosing to believe someone helped her.
But I’ll never know.
And I don’t ever want to feel this way again.
I don’t ever want to leave another person hopeless.
I want everyone with me.
On the road to the Promised Land.
A road filled with Hope.
Exodus 12 is not easy to read.
Death sweeping through a town seems drastic.
But I’m so thankful for the rest of the story.
I’m so thankful the Israelites didn’t choose to leave Egypt alone.
Hope drew a crowd that day.
And I believe it still does.
As you encounter those who are hurting,
extend your own kind of hyssop branch.
Put your faith to work.
Don’t leave Egypt alone.
I Thess. 4:13-18
Brothers and sisters, we do not want you to be uninformed about those who sleep in death,
so that you do not grieve like the rest of mankind, who have no hope.
For we believe that Jesus died and rose again,
and so we believe that God will bring with Jesus those who have fallen asleep in him.
According to the Lord’s word, we tell you that we who are still alive,
who are left until the coming of the Lord,
will certainly not precede those who have fallen asleep.
For the Lord himself will come down from heaven, with a loud command,
with the voice of the archangel and with the trumpet call of God,
and the dead in Christ will rise first.
After that, we who are still alive and are left
will be caught up together with them in the clouds
to meet the Lord in the air.
And so we will be with the Lord forever.
Therefore encourage one another with these words.