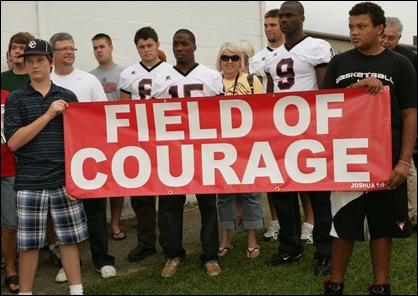 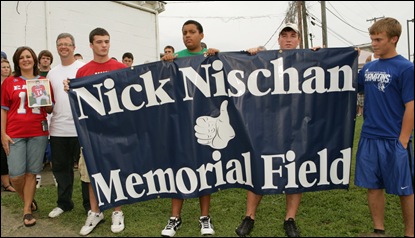 Two Saturdays ago we had the honor of participating in the Junior Football League (JFL) dedication of their football field in memory of Nick.  I had no idea they were going to display these banners which will hang at every home game!! A special rock is being made that will hold Nick’s picture, a little about his life, and JOSHUA 1:9 (Nick’s favorite verse). 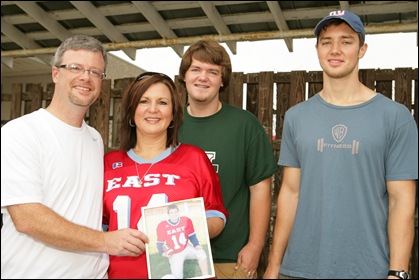 Todd and Evan both got to be with us for this special day, and I was so happy!!  Tim and I are holding a picture of Nick wearing the same jersey that I had on for the day.

Nick loved football so much! 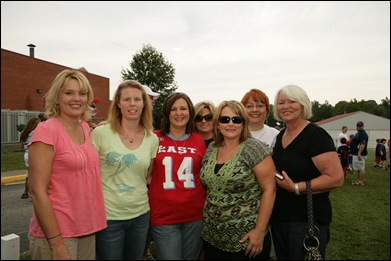 Some of my friends (and mom!) as we wait for the ceremony to begin. 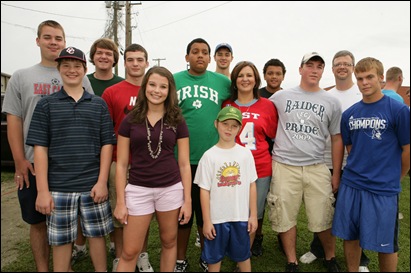 A bunch of Nick’s buddies. 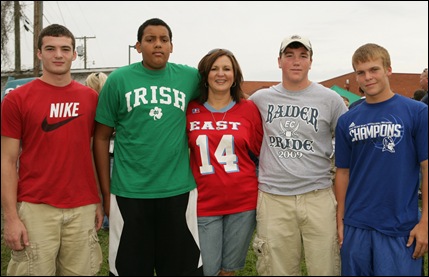 These guys all played football with Nick in elementary school.  I love them all so much. 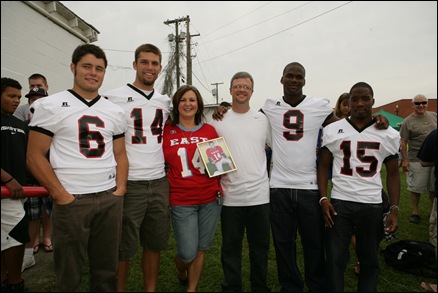 Some of the Kentucky Christian University players (and Tim’s students) came to support us on this special day!  I love these guys too! 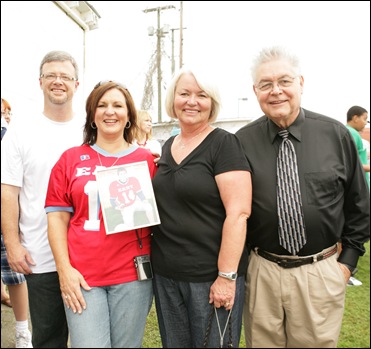 I’m so thankful that mom and dad could be there with us for such a special day! 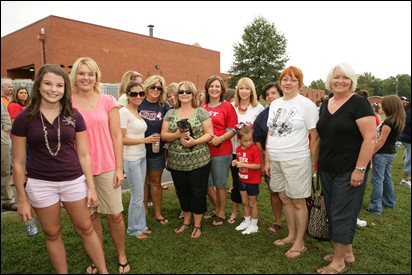 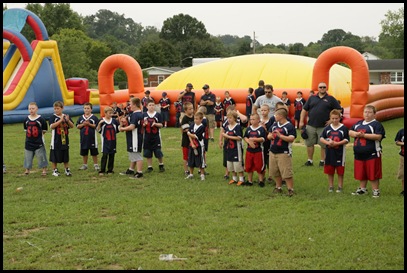 One of the little teams posing after the parade and before the bounce house fun began! 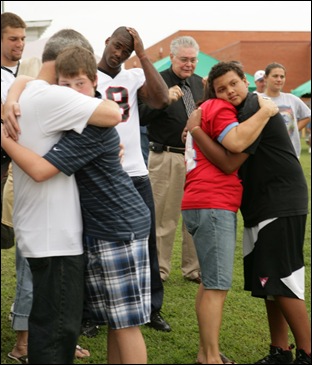 Tim  hugging Derek, one of Nick’s best friends and me hugging Evan, another buddy of Nick’s. 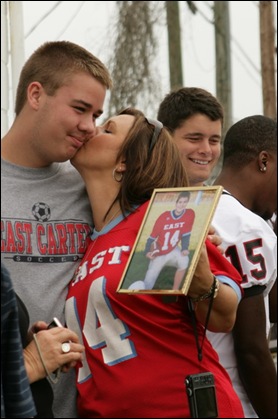 I snuck a kiss on Jon’s cheek during the ceremony…he was one of Nick’s lifelong buds (since birth!). 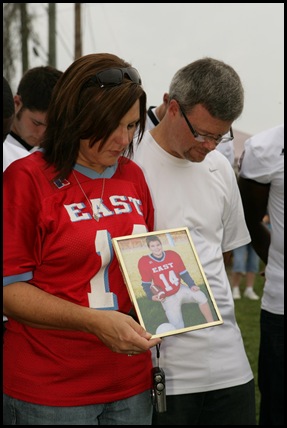 They had such a special service after the parade where they shared about Nick’s fight with cancer and then played Casting Crowns’ song Lifesong in his memory.  Here it is if you would like to hear it.  Just push pause on my blog music to the right before listening. 🙂

The speaker said this song represented Nick’s life story. Thank you, Lowel and Angel for such a special day!

I was proud and thankful to be Nick’s mom all over again. 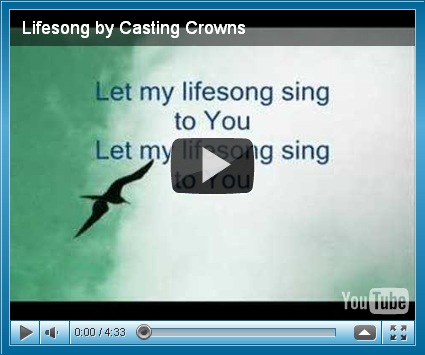 Be strong and courageous.  Do not be terrified.  Do not be discouraged, for the Lord your God is with you wherever you go. 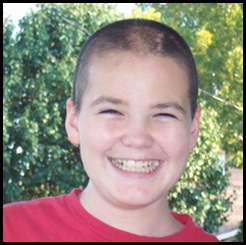 Oh, how I miss this sweet face.  Heaven holds a big part of my heart!