It’ll be worth it!

3He wanted to see who Jesus was, but being a short man he could not, because of the crowd. 4So he ran ahead and climbed a sycamore-fig tree to see him, since Jesus was coming that way. 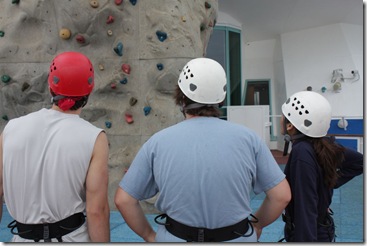 They knew what they were getting into as they looked at the rock-climbing wall that loomed at the front of our ship towering above the ocean waters. 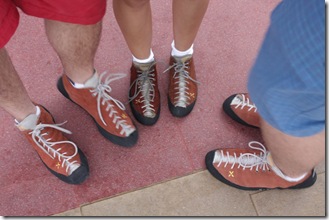 The shoes they were given were designed especially for maneuvering the surface of the rock wall. 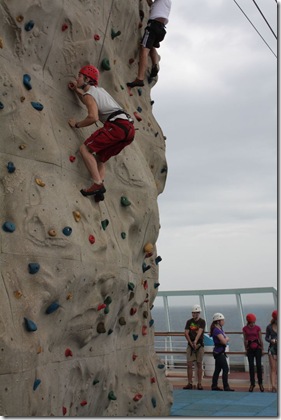 Evan chose the middle track which was definitely the most difficult.  The rocks jutted out in a way that made it appear as if you were going to fall backwards as you climbed. 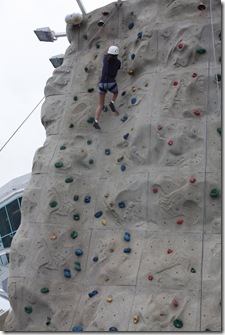 Maria chose the track to the left.  I was so proud of her for making it all the way to the top to ring the bell! 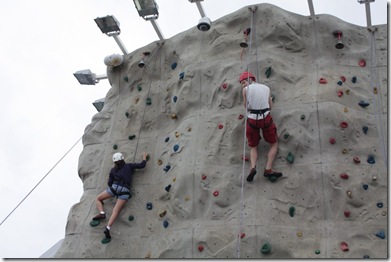 Maria was venturing up as Evan was gliding back down.  I’m sure that seeing Evan’s successful climb gave Maria an extra boost of determination! 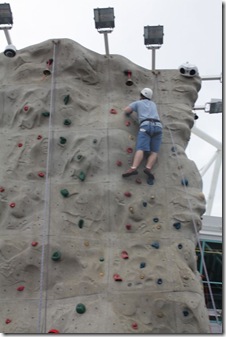 Todd chose the track on the far right, and truthfully, I was shocked that he decided to take on this challenge.  He has a HUGE fear of the ocean water, and I never thought he would want to climb to a height where he could see it so clearly.  But he did, and he made it to the top!! 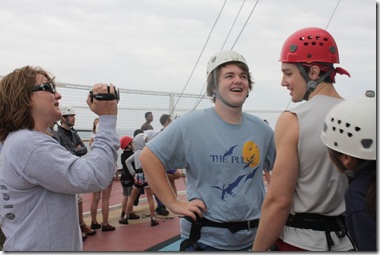 After they all made it down, my sister video-taped them sharing their “secrets” to rock climbing!  It was cute the way she interviewed them….as if they had just finished some type of marathon on live TV. 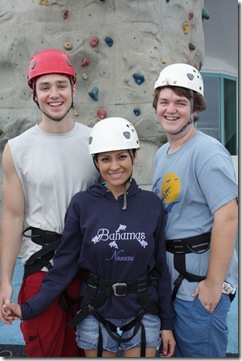 When I look back on these pictures, it’s easy for me to see how life is just like rock-climbing.

First, we have to face life head on and KNOW that it’s not always going to be easy.

Then we have to make sure we’re equipped to face the challenges that come along the way.

Just like Evan, Maria, and Todd faced different types of climbs, it is good for me to remember that not everyone is going to face the same kinds of struggles in life that I do.  When I remember that, then I don’t become angry as often or feel some sort injustice because of the pain I have had to endure.

It’s also good for me to remember that, just as Evan’s successful climb encouraged Maria to keep climbing, there are people around me who are facing things I have already had to face and in seeing me “survive” they may be encouraged and realize that they too can make it if they just keep on climbing….in spite of the pain.

And just as Todd didn’t let his fear keep him from climbing, I don’t want my fear to keep me from moving forward.

I want to be able to ring the bell someday in my “spiritual life!”

I want to keep on climbing even when it feels like I’m falling backwards.

Looking up is the only way for me to keep climbing with hope.  I hope your day today is filled with moments of LOOKING UP and that you will remember that the tougher the climb may feel the more rewarding the ringing of the bell will be!!!!

Now, I’m just praying that I can remember these very things all day long too!

Like Zacchaeus in the verse above, I often “fall short” in life (maybe not physically but definitely emotionally and spiritually)

So, I’m going to climb whatever I have to in order to see my Jesus!