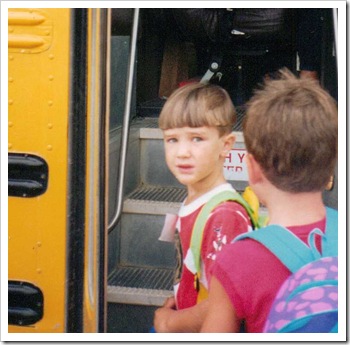 It seems like yesterday Evan was hesitantly stepping onto a school bus for the first time. He ended up being a “preschool dropout.” After about two weeks his teacher came to me and said, “I don’t think he’s quite ready.” 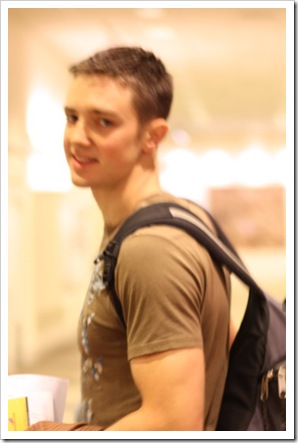 Many years later and after lots of growing up, Evan flew to California yesterday for a summer internship. Shew. I had him look back for me as he was heading towards the terminal so I could take a picture similar to his preschool beginning. I think he looks a little less hesitant now to branch out and “find his way in the world.”

I can’t help but think that Nick somehow has given each of our boys a boost of confidence in life. Evan and Nick were super close, and Evan missed very few trips to the hospital with Nick. He would sleep wherever he had to just to be near Nick, and I remember when Nick’s left hand couldn’t be used to play video games anymore that Evan was the one who dug out the old Nintendo 64 and found Mario Golf so Nick could play a one-handed video game. It changed our entire world seeing Nick have fun again.

Yesterday morning, when I got up at 4 a.m. to begin getting ready for our early morning trip to the airport, a penny fell out of my capri’s pocket and rolled across the bathroom floor! It was a 1989!!! That’ the year Evan was born! I gave it to Evan and told him Nick was with him!! He slipped it into his backpack!

We miss you, Evan, but we are SOOOOOOO proud of you and excited for you!

Evan arrived safely in Burbank yesterday around 12:30 (their time) and already ventured out on some walks to see the sights in his area. He will be doing an internship at Warner Brothers Studio’s Fitness Center as a fitness trainer, so it should be fun to hear about all of the people he gets to meet.

He begins his internship tomorrow, so today he is in line to try being in the audience (and maybe become a contestant) on the last day of taping for this season of “The Price is Right!” We’ll see what happens!!! It’s hard to believe that my shy little four-year old is now 20 and brave enough to spend two months all the way across America all by himself! Just another testimony to the strength and courage only God can develop and give.

Please keep Evan in your prayers – that he can be a light for Jesus in a place that I’d say needs some bright light and that angels will surround Evan keeping him safe and protected from danger and temptation. Pray for Maria, too. She will be continuing to work on her Masters here in Kentucky all summer! 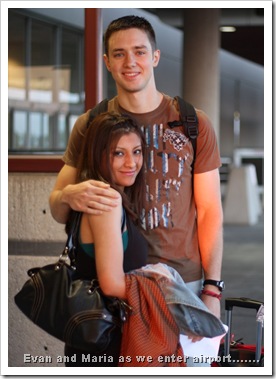 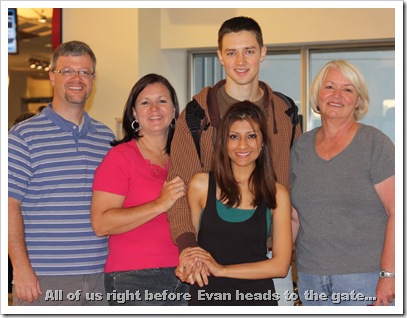 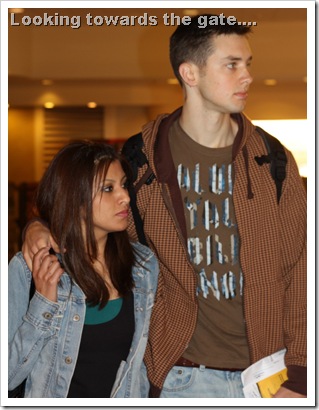 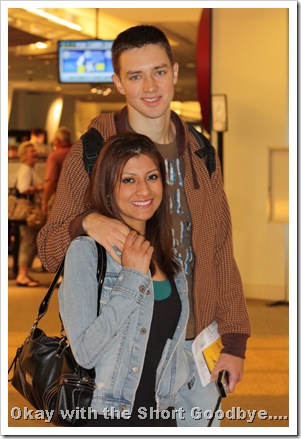 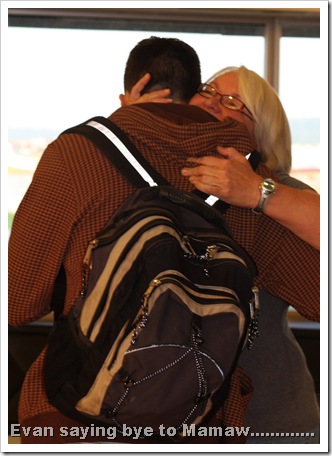 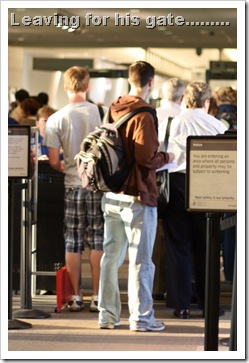 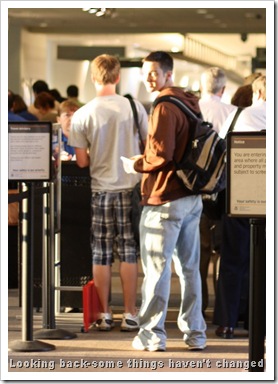 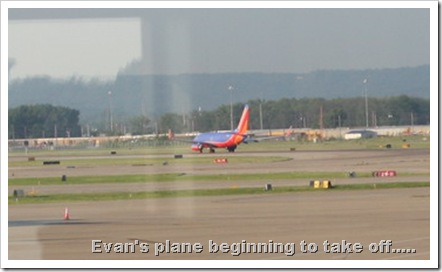 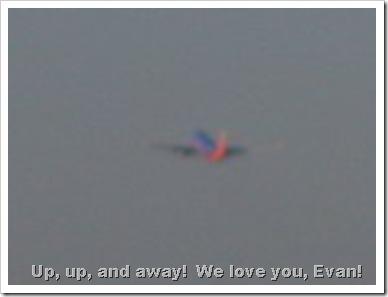 All of this change in our family’s lives lately is just another reminder that the one thing all of us can count on FOR SURE in this life is that very thing……………..CHANGE.

That’s why having our Hope and Faith in an unchanging God makes handling all of this world’s changes so much better.

Trusting Him to be my Unchanging Source of Strength and hoping you are too!