Living With a Scar………

(If you would like music playing while on this blog site, go to the “IPod” on the right just below my photo and click the arrow to play music.)

When we adopted Olivia in 1999, we only knew her from  a few sweet photographs.

We fell in love with her big dark eyes that stared back at us from the other side of the world. 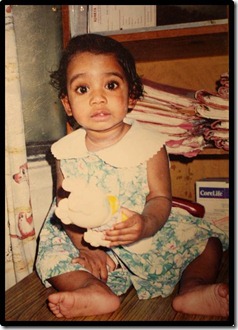 We didn’t know until we saw her that a one-inch wide scar ran all the way across the top of her head from front to back.

The pictures covered this scar with strategically combed hard.

We did know that she had been dropped off of a bridge as an infant and abandoned.

We did know that a policeman had found her and taken her to a hospital where she had stayed for several months until she was strong enough to be moved to an orphanage.

But we didn’t know that the reality of her beginning would be visible to our eyes and eventually to hers.

So, when Tim got to India and saw her for the first time, he wrote and told me about the scar in an email.

He played it down, as far as I can remember.  I don’t recall any feelings of concern.

When I actually got to see her and hold her, I don’t remember even looking at the scar.

It didn’t change anything about my love for her.

As a matter of fact, I loved her even more when I realized what a miracle she was.

But I also knew that if we could get this scar removed it would help her in life.

It was way too large to cover forever, and I knew that eventually it would affect her self-esteem.

So, an elder from our church sponsored us so that we could take Olivia to Shriner’s Hospital in Cincinnati where they do surgery for things just like this.

He was able to do such a great surgery that unless you knew about Olivia’s past, you would never know what she had been through.

In the past year, though, the scar has begun to stretch back out a bit.  Not enough for people to notice, but enough that Olivia has to think about it when deciding how to fix her hair.

They told us this might happen as Olivia got older, so yesterday we took her back to the same surgeon in Cincinnati who helped her in 2001.

He couldn’t believe how much she has changed!

As he examined her head, he very kindly explained that trying to fix the scar this time might actually make it worse – It may become wider or thicker after another surgery.

Olivia accepted his counsel with such a great spirit.

On the drive home, Olivia fell to sleep.

As I looked back at her beautiful, sleeping face, I thought to myself, “Sometimes, in life, we have to live with scars.”

They remind us of where we’ve been and what we’ve survived.

One night at a ladies event in Sunbury, Ohio, we stayed up late drinking coffee, eating snacks, and playing games.

Somehow the topic of scars came up, and ladies began sharing “scar stories.”

By the end of the night, we had laughed, cried, and learned so much more about each other’s life journeys.

In a spiritual sense, we all have scars too.

Moments in life where things happened that were so painful that it feels as if our heart has forever been marked with a scar.

I love the chorus to the Point of Grace song “Heal the Wound,”

Today, you might find yourself looking back at a painful time in your life and wondering if you’ll ever feel the same as you did before it happened.

I want to encourage you, not discourage you, when I say, “You probably won’t ever feel the same as you did before.”

Painful parts of our life story change us.

I think they are suppose to do just that.

Hopefully, they change us into better people not bitter people.

I’m praying today that your pain has made you…….

More concerned with the pain of others.

More willing to help others who are hurting.

I know that in a perfect world, I’d rather Olivia didn’t have to have a scar on her head.

But I also know that because of her scar, Olivia will be pushed to share her story in a way that inspires and encourages many people. 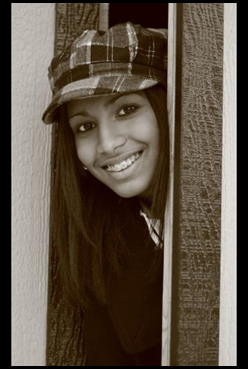 He felt so strongly about the power of a scar that He allowed Jesus, His Perfect Son, to conquer death and still carry three scars on His body so that He could convince Thomas that He was really Jesus.

How does God want to use your scars?

I believe He’s longing to show you.