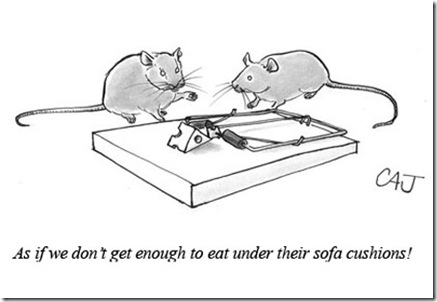 Well, when I started blogging one thing I wanted to be committed to was being honest and transparent.  I felt like I owed that to all of you who come here to share life with me.

I’m in the middle of something that’s maybe too personal, too ugly, or too complicated to share publicly…..

But then there are times, when something a little personal or a little ugly or a little complicated just presses on my  heart to the point where I decide to share (delicately) because I feel that in some way it may help someone else who is walking the same road.

Today, I take a risk.

Yesterday was a snow day in our small town. The snow was beautiful, but in the afternoon our white fluffy snow turned to cold, ugly rain.  The whiteness of the ground around us began to turn grey and dirty…….perfection was overtaken by reality.

And isn’t that what happens in our hearts almost daily.  I think sometimes we are even blind to the ugliness because the gradual falling of “rain” seems to come unnoticed changing us into something that is not very pretty.

Well, yesterday I slipped into a grey, grieving spirit and things like my 16 year-old son not being excited about shoveling our driveway or Olivia not appreciating the little things I was doing for her started to make me angry.  If you’ve ever suffered the loss of someone who brought to your life a sense of peace and joy almost daily, you can relate to the feeling of being abandoned to live life without them and how it can amplify the hurt you feel from others who are actually probably fairly normal in their behaviors.

And I guess God had just had enough of my little pity party and decided our house needed a little “comical relief” much like a dark Shakespearean play.

Tim had come home from work and had about an hour before a meeting he had to attend, so we were going to eat dinner while he was there.  I went back to our bathroom really quick before we were going to eat, and as I flipped on the light I thought, “Did I just see something move towards the shower?”

At first I thought it was just my eyes blinking from the light change, but I decided to lean over and just move the shower curtain a bit……

A mouse came running towards me!!

Now, please believe me when I say, I try my best to keep a clean house.  I’m actually a little obsessed with it at times.  So seeing a mouse running towards me just about did me in.  I began screaming and screaming and running but at the same time afraid to put my feet down each time I ran because I was afraid the mouse was going to end up under my foot and the only thing worse than either trying to pick up a mouse when you think it is something else (read post from 2008) or seeing a mouse running towards you would be stepping on a live mouse and feeling it squish underneath your foot (thank goodness, I never go barefoot anymore!!).

Well, Olivia and Tim thought my screaming was more disturbing than the thought of a live rodent wandering around somewhere on our floors and the next half hour was full of not-very-nice pranks.  I guess when you run into the driveway in the freezing cold without a coat until someone tries to find a mouse, you do look pretty silly, but I HATE mice!!!!!!!  Tim searched our bathroom and then I remembered our electric plug-ins in the kitchen that “supposedly” keep mice out (purchased after the 2008 incident).  I gave Tim one to plug in near our bathroom.  When he plugged it in, I was standing in the living room where, of course, the mouse had now decided to hide and immediately came running out and darted into our closet under the stairs.  My screaming began again.

Olivia wasn’t scared at all. She actually thought the whole thing was hilarious.

Between her throwing a brown furry hat at me when I wasn’t looking and Tim coming up behind me and acting like he had caught the mouse and then jumping towards me, I was definitely “snapped out” of my little afternoon of feeling blue.

I say all of this to ask myself this question:

What am I afraid of?

A mouse that is truthfully more afraid of me?

A mouse that more than likely can bring me no harm?

Is that what makes me run and scream?

The Bible says to flee from things that will destroy my soul not things as silly as a mouse.

When I think about this, I think about how Christians (including me) have become sort-of “okay” with so many things that we should be fleeing from.  Fleeing is such an active word.  Not just walking away.  But fleeing.  Like I fled from my bathroom and my living room.

But I’m also encouraged because the Bible also says in James 4:7-8,

Reading this reminds me that I do have a choice and when I make the right one (to flee from evil and submit to God), then the devil will actually FLEE from me!

Yesterday I prayed that God would make Himself known in my day.

I didn’t expect Him to use a mouse which I hope snuck in when I left the door open carrying in groceries while Todd was shoveling snow.

But I’m glad He did….even though we still haven’t caught the little stinker.

Praying He makes Himself known to you today (hopefully not with a mouse!),