What are you doing here, Tammy?!? 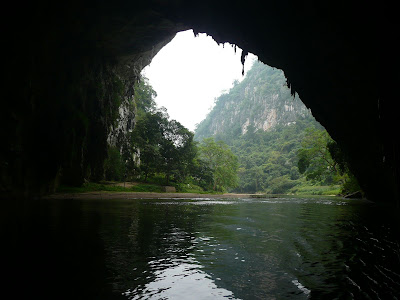 I Kings 19
11 The LORD said, “Go out and stand on the mountain in the presence of the LORD, for the LORD is about to pass by.” Then a great and powerful wind tore the mountains apart and shattered the rocks before the LORD, but the LORD was not in the wind. After the wind there was an earthquake, but the LORD was not in the earthquake. 12 After the earthquake came a fire, but the LORD was not in the fire. And after the fire came a gentle whisper. 13 When Elijah heard it, he pulled his cloak over his face and went out and stood at the mouth of the cave. Then a voice said to him, “What are you doing here, Elijah?”
14 He replied, “I have been very zealous for the LORD God Almighty. The Israelites have rejected your covenant, broken down your altars, and put your prophets to death with the sword. I am the only one left, and now they are trying to kill me too.”
15 The LORD said to him, “Go back the way you came……………….

As I think back over my past few blog entries, I can’t help but feel a little connection with Elijah.

See, in I Kings 18, Elijah had been one of God’s brave spokesmen. He had stood up against 450 prophets of Baal in a very dramatic challenge. These prophets had called on Baal all day long trying to get him to start the fire of their sacrifices, but Baal never answered them or responded to their screams and pleading. After watching this production for hours, Elijah called his men together and told them to pour water all over the wood of his sacrifice three times! Then he called on God to start his fire, and a fire came that was so powerful that it not only burned the sacrifice and wood completely but also the stones and soil….. AND the water was “licked from the trench.”

You would think that after seeing God perform in such mighty ways, Elijah would have walked away feeling confident that God was on his side and in control……….

But no, Elijah, just like us, was soon overcome with fear by a threat from Jezebel and the Bible says he “ran for his life.” After he was far enough away to feel a little safe, he sat down under a tree and told God that he had had enough and literally asked God to take his life.

I love that the next thing that happened was that Elijah fell to sleep two different times and both times was attended to by angels who told him to, “Get up and eat.” He then journeyed for 40 days to a cave where God found him and said, “What are you doing here, Elijah?”

That’s how I feel tonight! I feel like God is saying to me,

“What are you doing here, Tammy?!
You have seen Me do amazing things! You have proclaimed My strength and power and peace to so many and now you have curled up in a ball in your little “cave” (ok, your house) and become fearful and full of doubt in My ability to PROTECT AND SUSTAIN YOU!”

Not once, but twice God had to ask Elijah the same question. I’m not sure why God asks him twice….Elijah gives the same exact answer both times. Maybe God wants Elijah to “hear” what he is saying. Don’t you think that’s how we are sometimes? We have to step out of our caves and listen for God……and sometimes hearing God isn’t as easy as hearing the earth quake, or a fire burning, or a whirlwind roaring.

I know as a teacher one of the best ways to get my class’ attention was to talk very softly so that they had to really listen to hear my voice! God is so wise!

So, as I write tonight I look back over the past few weeks of fear and depression and I thank God for his continual efforts to speak to me………..and I thank Him for all of you who encourage me and my family with prayers and words of love.

And then I think, so what am I supposed to do now? And I read about Elijah’s depression and fear. I read about his running. I read about his hiding in a cave. I read about God whispering to get his attention. And then I desperately read on for God’s advice to Elijah, and I have to smile! Did you catch the beginning of God’s words to Elijah after Elijah poured out his heart about the fact that his life was in danger and that he felt like “no one” was left but him?

God simply started His advice with the words, “Go back the way you came….”

So tonight, I am committing to all of you that I am going to do just that….

I am going back the way I came!

That means that I am going to regain my strength, my sleep, my hope, my peace, my joy, my energy, my passion, my love, my everything!!!!!

That means I can give God my marriage, my kids, my life, my all…………….and trust Him for tomorrow’s needs!

Which by the way include giving me the strength to reenter the working world for a few hours!

Mom is coming early tomorrow morning to stay with Nick so I can go back to the middle school where I taught and sub for four hours for a friend of mine!

Yes, I am going to go back the way I came! And reclaim God’s mercy and love!

Oh, thank you, dear friends, for walking into the cave with me and helping me find my way out to the mountain where I could hear God whisper,

What are you doing here, Tammy?!?!