When Fear and Peace Collide

June seems like a strange month to reflect on the birth of Jesus,

but, if I’m really honest, the phrase “Jesus is the Reason for the Season,”

makes me cringe a bit every December.

I’m just thinking the last thing Jesus would have wanted His birth to lead to was stressed out shoppers and  flashing lights.

After all, He chose to show up on this planet on a silent, unassuming night in a tiny town in a simple barn……………

and we’re the ones who’ve transformed His humble arrival into something loud and chaotic.

So, maybe June is a perfect time to think about the holy night after all.

No one is expecting this conversation,

and this may be the very way Jesus prefers to arrive.

I try to imagine what it was like to be Mary,

a teenage girl carrying the Son of God deep inside her.

Surely fear overwhelmed her as her belly grew, reminding her that her life was no longer her own.

long before Pinterest helped you plan everything from birth announcements to weddings,

but surely there were dreams and traditions and expectations even then.

Sisters and friends must have giggled by the well as cute boys walked by,

and once you were “espoused,” I imagine your conversations centered on all that lie ahead in an exciting and happy way.

I’m just thinking a visit by an angel wasn’t on the list of “normal Israelite happenings,” and Mary’s  life was certainly turned upside down when she heard Elizabeth proclaim the words,

“Blessed are you among women, and blessed is the child you will bear!”

We don’t get too many peeks into Mary’s thought processes as she came to grips with the news.

We just know she accepted the announcement with these words,

“Behold, I am the servant of the Lord; let it be to me according to your word.”

I’m just thinking that it was in this very moment in Mary’s life that fear and peace began to collide.

Everything unknown and scary about her tomorrow suddenly held hands with all she had ever learned about a God who had led her people across the Red Sea into the Promised Land.

History became part of her future in a very real way,

and the prophecies she had surely heard being analyzed around campfires suddenly became foreshadows of her own life story.

Sitting in a barn nine months later with a tiny baby in her arms,

as she gazed into the tiny, dark brown eyes of the Prince of Peace.

Did it occur to her that humanity’s calendar would change from that point on?

Did she have any idea the angels were singing above her head or was the celebration of Jesus’ birth confined to the other side of the veil………….leaving her with only the sounds of cattle and sheep…………and the presence of a few dirty shepherds who had been chosen to hear the angelic proclamation, causing them to rush to meet the King of Kings?

There are so many things we won’t know until the day we walk the golden streets with those who lived before us.

and talk about what it felt like to be called blessed and yet have to journey down the scary road of life ahead of her………..

dodging men who wanted her Son dead and eventually watching her very own people kill Him on a cross.

In so many ways,

Mary’s life didn’t look so blessed from the outside.

Pain just never seems like something we would consider a gift.

But I believe with all my heart that if Mary were sitting here with me today she would have a smile on her face as she reflected on her life as Jesus’ mom.

I think the peace God filled her with every single day overshadowed every ounce of fear.

And I think this same peace is ours today if we want it.

Life can be scary.

Life can be sad.

But even on the most painful days,

Jesus wants to show up.

He wants to enter every uncertain chapter and become a story-changer.

He wants to add Hope and Purpose and Love to every page of life…………..

and, not to sound corny, He wants to become the  “Reason for Every Season.”

Today, if your life is filled with fear,

let Him step in, and

I know it’s June, but today just seemed like one of those days when so many people I know and love needed to hear these words…………

For to us a child is born, to us a son is given, and the government will be on his shoulders.

And he will be called Wonderful Counselor, Mighty God, Everlasting Father, Prince of Peace. 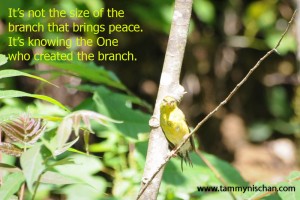