When History Repeats Itself…….

I’m attempting to read through my chronological BIble again this year. 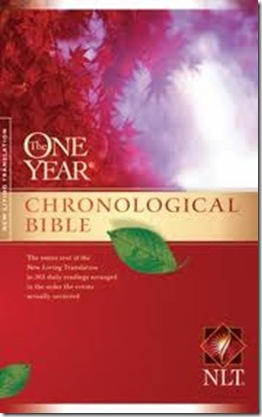 I didn’t plan to talk about my reading plan this much, but since I am I just want to encourage you by saying that just because it is already January 13th it does not mean you could not start the reading plan now.  Believe me, I have had to read two or three days at a time for several days in a row to catch up in the past couple of years when things have gotten crazy.  But it has been worth it for me, because I learn something new every time I read a passage.

That brings me to what I wanted to share today.

Maybe what has dawned on me as I’ve read through some very familiar Old Testament stories is something you’ve thought about before,  but I had never read these stories and connected them to each other so personally until this year.

Remember when Abraham doesn’t want Isaac to marry a Canaanite woman and sends a servant back to his homeland to find a wife for Isaac who is from their family line?

When Abraham’s servant meets Rebekah at the well and prays that God will give him a sign by having Rebekah ask a certain question, Rebekah does!  Abraham’s servant is so excited when she does and then becomes certain that this is the woman God longs for him to bring to Isaac!

Immediately he adorns her with a nose-ring and bracelets.

The first person that is mentioned in Scripture who runs to the spring to met them is Rebekah’s brother Laban.  He notices the jewelry, hears the story, and invites the servant to their home.

As the story unfolds and the servant asks to leave and take Rebekah with him to be the wife of Isaac , Laban and Rebekah’s mom are not ready to say goodbye, so they do what any of us would do if a family member were going to be taken far away to a new home.  They begged for her to be able to stay for ten more days. Abraham’s servant persisted on leaving, so they asked Rebekah if she was willing to leave,and she said, “yes.”

Now fast forward many, many years, and imagine how Laban felt when Jacob (Isaac’s son) shows up from a far away land and asks to marry his daughter Rachel.  The pain of having his sister Rebekah taken away years before had to have resurfaced in a mighty way.  I am sure he had watched his mom cry day after day in her grief,and now Isaac’s son had showed up wanting one of his girls!!!!!!!!!!!!!

How would he handle the grief again?

I would love to know all of the thoughts that flooded his mind as he listened to Jacob tell the story of how he and his mom had tricked his brother out of his inheritance eventually forcing him to leave because Esau wanted to kill him in revenge.  And then how he had had a dream about a ladder going into Heaven with angels going up and down the ladder accompanied by the voice of God telling him that his descendants would be as numerous as the dust of the earth.

Surely Laban had heard the stories of Abraham.  Surely he felt that history was repeating itself and he was frightened that somehow his family was going to be part of a bigger story.  So what did he do?

He had Jacob work seven years before marrying his daughter and even then gave him Leah, the wrong daughter first!  This insured that Jacob would work seven more years for Rachel.  Before Jacob actually left Laban’s farm, he had served for him for a total of twenty years!  When Jacob finally chose to sneak away with his family while Laban was out in the fields shearing his sheep, he was eventually chased by Laban – a father who did not want to be hurt again by losing his family. The first words Laban says to Jacob are these, “What do you mean by deceiving me like this?  How dare you drag away my daughters like prisoners of war?

What drama was unfolding in the middle of a field!

The heartache of years gone by must have been more than Laban could possibly bear again.

But in the end, they make a peace treaty and Laban has Jacob promise that he will never mistreat his daughters or marry other wives.

Laban was a passionate father and he was sure to remind Jacob that God would see his actions even if no one else could.

They piled stones as a reminder of their covenant and it was called Galeed which means “witness pile” and Mizpah which means “watch tower.”  Laban wanted Jacob and his entire family to remember witnessing this peace treaty and know that God was watching over them.

As Laban exits the scene, he kisses his grandchildren goodbye and heads home.

This story reminds me that when I meet people I am encountering so much more than their present situation.

We all have a past.

And whether we like it or not, it flares up from time to time and causes us to behave in certain ways.  As I think about Laban today, I want to think about how my past affects my behavior and what I can do to let go of anything that is holding me back from being all I can be for God.

If you are carrying around regret, past failures, past losses, or any other emotions that are holding you back, please take time today to share these hurts with God.  Ask Him to reveal to you how He can bring a beautiful purpose from your pain.

Thankful that in the end Laban was able to find peace,