His Eye is on the Hummingbird…And I Know He Watches Me! 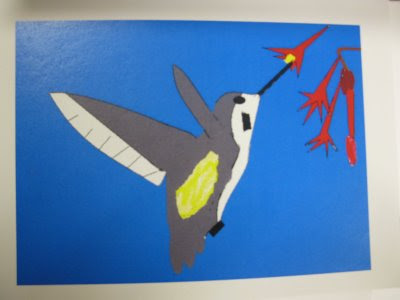 After my dark period of questioning a couple of days ago followed by my reminder of the power of the resurrection, I have to share the events of Wednesday as they unfolded.
In my quiet time, I was reading from the book Hope for a Hopeless Day. This is a great book, by the way, if you are looking for something new to read. The author is Jack W. Hayford.

Anyway, in one chapter he shares the story of a family at his church who was facing the death of their baby who had a brain tumor. He tells of the morning when he received the call that their baby had died. It was very early when he left his house to meet the couple at the hospital and as he was driving he noticed something in the road and felt that he should stop to see what it was.

When he got out of his car he discovered that in the middle of the road there lay a dead sparrow with only the head missing. He goes on to share how at the instant He felt God sharing the verse,

“Not one of them falls to the ground apart from Your Father’s will….Do not fear therefore; you are of more value than any sparrows.” (Matt. 10:29,31)

He knew that this was no accident and that the manner and condition in which he found the bird was too unusual to not be a message from God that He held this family and their precious baby in His hands.

Now, as I sat and read this in my quiet time, my heart was touched so deeply because a memory came to me from last fall that I had never shared with anyone.

I don’t remember the month, but I know it was near a time when we had received news from the doctors that there was really nothing else they could do for Nick and we had been told to “enjoy every day with him.” It was during a time when walking by faith was absolutely all we could do. There was no earthly physician to help us…..the Great Physician was in total control.

I was walking from our back yard to the front when I stepped on something. I didn’t look down. I really didn’t give it much thought. I just went on to the car to get whatever it was I getting. As I came back into the back yard, I looked down to see what it was and was horrified to see that a tiny, very newly hatched baby bird had fallen from a nest above and I had stepped on it. I cannot even put into words the emotions that I felt in that instance. How could I have been so careless? I was so sad. I didn’t mean to take that baby bird’s life.

And then, suddenly, I felt peace and fear at the same time.

I too was immediately drawn to remember that very same verse this author had talked about. I knew without a doubt in that instant that God loved Nick more than that baby bird that had fallen.

At the same time, I felt fear because I knew that just as the baby bird had somehow fallen from his nest and his life had been taken accidentally by me that in this oh-so-terribly-imperfect-and-fallen world that things like this happen.

God knows. And God cares. But it still happens.

And so I was overcome with the reality that the Great Physician was saying to me, “Nick might die, Tammy. I still care.”

It was something I couldn’t share at the time it happened. One, because I still could not give up hope. Two, because I sure didn’t want anyone else to stop praying and give up hope.
After I finished my quiet time yesterday, I went to the church to watch a Beth Moore Bible study video with a couple of friends and to fold 600 notecards that Nick’s foundation had sold at Nick’s dinner. (These notecards have drawings of Nick’s that he created on the computer over a period of a couple of years.)
We had decided to package them with the top drawing being “The Cross.” At one point as Jennifer was wrapping a set, Nick’s drawing of a hummingbird “flew” from her hand and landed on the floor. After she tied the ribbon in place, she realized that she had forgotten to place the cross on top and had instead given the hummingbird that special place. We didn’t think a lot about it and chose to leave it the way it was.
As we got near the end of packaging the sets and looked at the table full of crosses and the one hummingbird, I said, “His eye is on the sparrow.” And then it all came together in my heart! I even ran home to get my camera. It was such a special moment!! 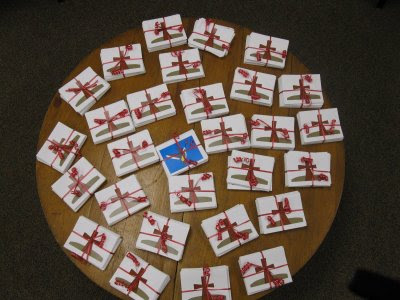 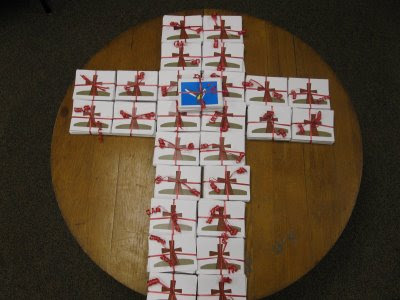 I began to share with my two friends about my quiet time and then shared my story from last fall for the very first time. We knew immediately that the hummingbird, one of 20 different drawings, had been selected by God to “fly” from Jennifer’s hand and then make its way to the top of the card set! We were amazed and left to go to our cars feeling so touched by God’s presence when the most amazing thing happened!

While walking to our cars, Kathy jokingly said (because her car is white and Jennifer’s van is white) that Nick’s foundation should have a “white theme” with vehicles! We laughed thinking of Mary Kay’s pink cars and then headed on to load the van. After we opened the door of the van, Kathy opened the foundation’s file box to put a folder 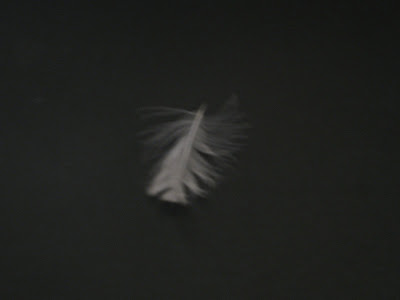 in it when the wind blew and Jennifer said, “A feather just flew out of there!” She went running into the grass past several cars and FOUND the small, white feather that she had watched fly out of the file box and into the air!! We stood there in amazement. God had spoken so strongly through the hummingbird and then Kathy had shared about the color white, and we simply didn’t know what to do with ourselves except take a minute to just say, “Praise God!”

I can’t help but believe that after my time of doubting and questioning just a few days ago followed by the reawakening in the power of the cross…….
That God did not have His hand in every step of yesterday!
Tomorrow I’ll share about the rainbow!!!
His eye is on the sparrow…………..and the hummingbird……………and I know He watches me
(AND YOU!)