His hat caught my eye. 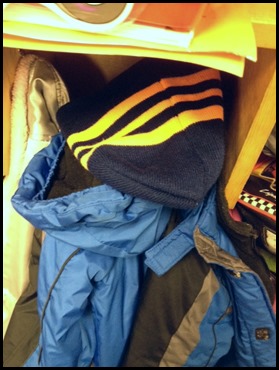 That’s immediately what flashed through my mind as I saw him clinging to his mommy not wanting to enter the school.

I stopped because I knew she was struggling too.

I could see the tears in her eyes.

So I stopped and just said,
“Rough morning?”

She shook her head with a yes and told me his Mondays were often like this after spending the weekend away from her with other family members.

He didn’t want to say bye.

He didn’t want to let go.

So, I knelt down and began to talk to him about all the things happening at school today,

Then I looked up at his mom and said, “What’s his name?”

A wave of something significant rushed over me.

As I looked at this little boy, I remembered watching The Bible last night on the History Channel, and I remembered the feelings that stirred as I watched Abraham place Isaac on the altar.

The thought that God would take a man this far in his faith before providing a lamb still stretches me further than I like to go,

because God took me this far in my faith too.

He took me to the mountain.

He asked for my son too.

I remember vividly how I prayed and literally placed Nick on God’s lap over and over again in prayer, begging God to heal Him yet trusting God with his life.

I laid my Isaac down.

I trusted God with my son.

And four and a half years into my grief, I still do.

I can’t explain why.

There’s plenty of reasons to be angry, disappointed, confused.

But I think I’d be missing the point of Abraham’s story if I didn’t walk in faith today.

he died believing in something still to come.

“These were all commended for their faith,

yet none of them received what had been promised.”

So, I knelt back down to Isaac and I called him by name.

I talked to him a little more and then he responded by telling me about a little boy who had put his fist in his face in the bus room,

a boy he thought was his friend.

And I replied, “We’ll take care of this.”

Then he trusted me enough to take my hand and let his mom head to work.

And as I walked with Isaac,

I felt God sweep over me.

I felt him saying,
“Lay it down again, Tammy.  Lay down all your dreams and trust me.  I’ve got this.”

Suddenly, peace came that I haven’t been able to shake ever since I took Isaac’s hand yesterday.

I still have questions, but I have peace…….calm, confident peace.

I’ve been in turmoil a long, long time.

I’ve overthought so many things.

I try to work things out in my own power,

and God continues to whisper, “Lay it all down…….”

My son Nick taught me so much about laying it down.

His grin never left his face.

Through surgeries, chemo treatments, transfusions, MRIs, months of being in a wheelchair…….

Nick trusted God to take care of everything. 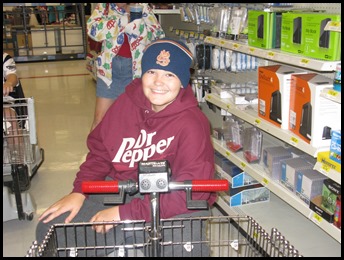 Today, I’m thankful for a God who spoke through a chicken Friday and  through a little boy named Isaac Monday…..

As I seek Him more and more, He is teaching me that He longs for me to fly in peace.

He longs for you to fly in peace too.

As Christians, we are called to live above this world.

We are of the air.

It’s impossible to fly without laying everything down.

What do you need to lay down today in order to soar in peace……..

even when we life doesn’t make sense?