In time, Joseph and all of his brothers died, ending that entire generation.  But their descendants, the Israelites, had many children and grandchildren.  In fact, they multiplied so greatly that they became extremely powerful and filled the land.

Joseph, son of Jacob, owner of the coat of many colors, prisoner of Pharoah, dream-interpreter, savior of his famine-stricken family.

Just like his father and all of his brothers, he eventually became one more player in the history of God’s people.  If you dwell on this for too long, you might find yourself feeling a little depressed.

So my heart began to despair over all my toilsome labor under the sun. For a man may do his work with wisdom, knowledge and skill, and then he must leave all he owns to someone who has not worked for it. This too is meaningless and a great misfortune. What does a man get for all the toil and anxious striving with which he labors under the sun?

But read on in Exodus.

I wonder if Moses’ mom, as she placed him in a reed basket and sent him floating down the Nile, whispered anything about the story of her husband’s great-uncles and how they had sold their brother, Joseph, to a band of Midianites traveling by in the desert.  I wonder if she told him that God had then used Joseph to save his people from the famine.  I wonder if she looked up to that same God and ask Him to somehow use Moses as he was floating away from her protection. 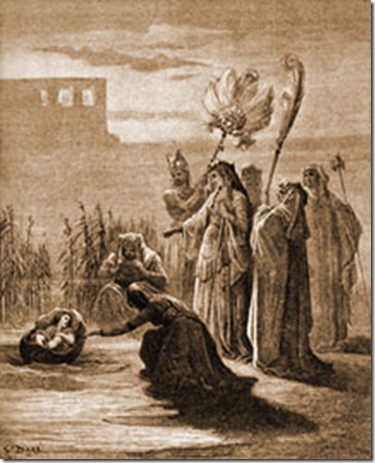 Moses’ mom trusted in the God of Abraham, Isaac, and Jacob as she released the basket…..

Sending Moses on a journey that only God could handle.

I wonder if she knew she was watching the beginning of her own legacy………..

Yesterday, the phone rang, and it was our son Erich. 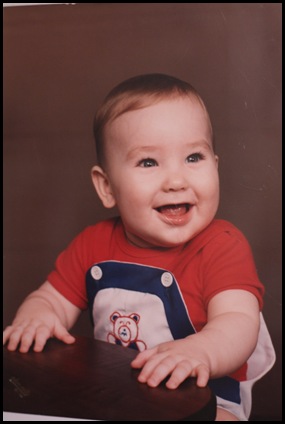 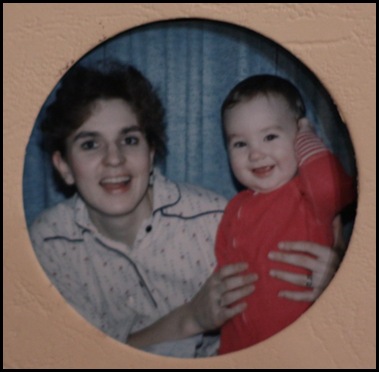 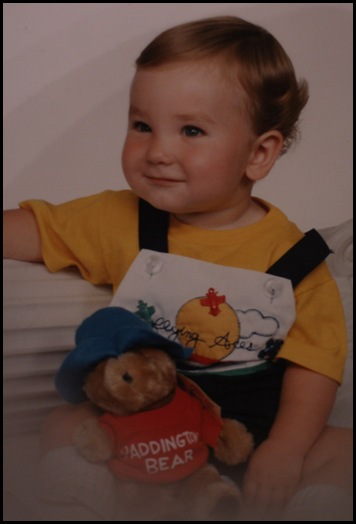 My little guy who loved Barney, and Legos, and Hot Wheels cars…… 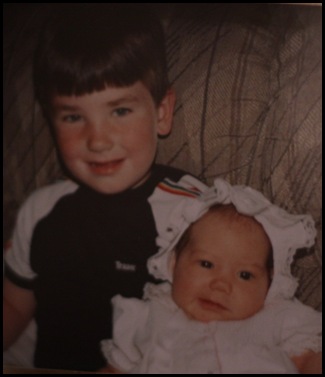 My little helper in the short time we had Adrienne.  This was taken just days before she passed away. 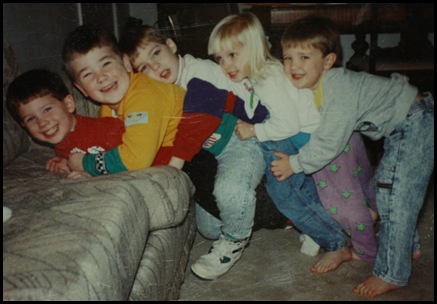 The big brother to Evan and fun playmate to all the kids I babysat….. 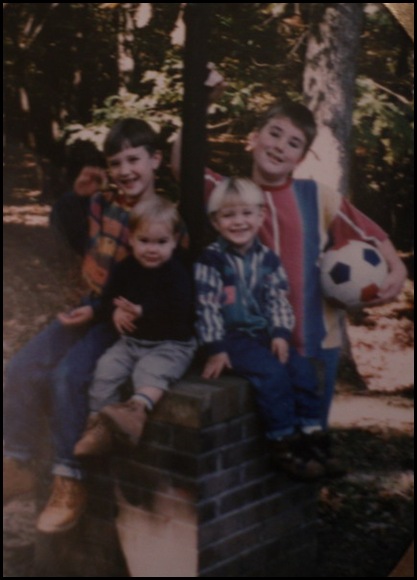 The first of four boys……… 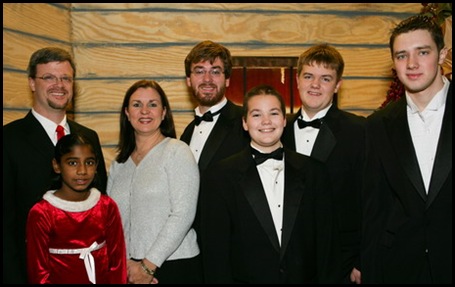 The first to grow a beard! 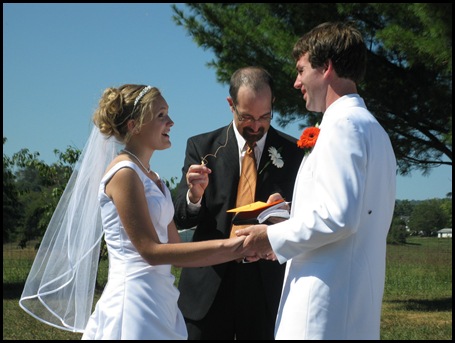 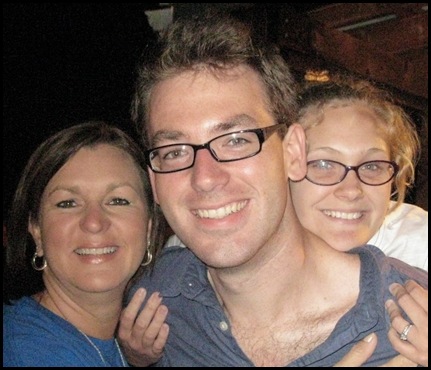 The first for me to give away to another girl……. 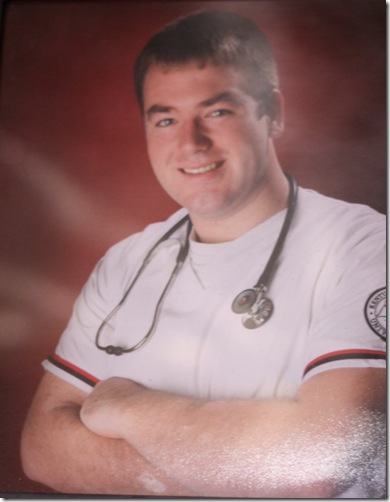 Yesterday he called to share all about his new job as a pediatric nurse in a mental health clinic.  I smiled as he talked about having an office and about being responsible for 400 kids, and I remembered Erich’s journey to adulthood.

I remembered his sadness when Adrienne died, and how he sat on the porch swing screaming and how I had to walk him to the cemetery so he could see her special place.  I’ll never forget how he looked up to the sky and said, “See you soon, Adrienne.”

I flashbacked to the time when he was 17 and the phone rang with the news that his mentor, the man who had taken him on so many mission trips, had been killed in a car accident.  I remember holding him as he sobbed and then sitting beside him that night at our church as everyone gathered to grieve the sudden loss of such a great man.

I remember how I looked at Erich that night and knew that his love for missions, his love for people, was bigger than my hands could hold anymore.  I had held on tight, fighting his dream of mission work…..thinking of all the dangers, risks, uncertainties he might face.  Suddenly, it was time to release him..  As people stood to share how Bill had changed them, I stood and looked at Erich and said, “Bill has given you a passion for missions, and I’m letting go tonight.  I want you to do whatever God calls you to do.”

I released Erich just as Moses’ mom released the basket……….with a lot of fear and a lot of trust.

I watched as Erich chose to become a nurse and then used his nursing skills so passionately in Nick’s last months of life.  He lifted Nick, helped him walk, made him  smile……..

I’ve been watching a similar story unfold in our other children’s lives and I’ll share them on another day.

Love the next generation, teach them about the love of God, and then let them go……………….

And like Erich, they will one day be doing the same with the generation after them.

I never thought our “little man” would be responsible for 400 children.

If the Bible were still being written, it would include those same verses from Exodus that shared about Joseph’s life ending,  except our names would be added.  For me, it would say,

I guess the question for all of us is, “What follows those words?”