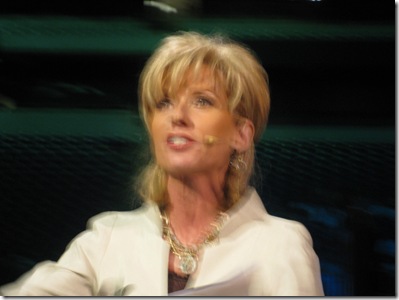 Yes, Beth Moore was that close to me!

She was walking around the floor below the stage and stopped right in front of me as she was talking about things she had recently learned about Pittsburgh.

She looked right into my eyes as she said, 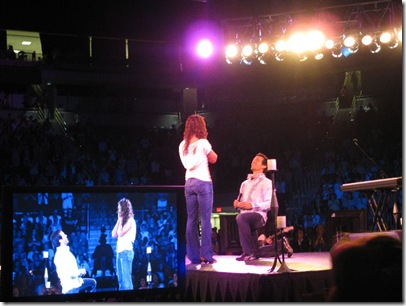 But I’m thankful for my “potato chip” memory.  It was my Beth moment, and I’ll hang on to it until next time!

However, the part of this “Beth Moore Conference” that was most amazing was that the entire weekend was built around the message,

I couldn’t believe it when the video clip of the Andrea Gale being tossed in the gigantic waves of the Atlantic Ocean began to play and the music began to swell.  Then the words, “The Perfect Storm” were placed on all the screens as Beth came to the stage to begin her message!

And I learned so much!  Beth spoke from Acts 27 and 28 about the time when Luke and Paul were caught in a terrible storm along with over 200 other sailors, soldiers, and prisoners.

And she shared seven things we can learn from surviving “the perfect storm.”

1. Sometimes we’re in the exact spot where several storms collide.

2.  The question of fault always arises in a furious storm.

3.  The titantic temptation in a storm is to give way to it.

4.  To make it through a storm sometimes we have to cut some ropes.

5.  Our one life can invite the favor of God to many in the storm.

6.  On the other side of a perfect storm, the serpent is all bite and NO VENOM!

7.  The point of every perfect storm is to see the work of God through us unhindered!!! 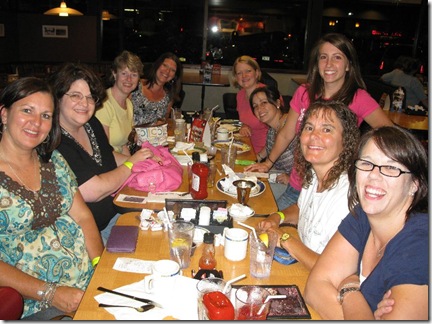