The Best A Man Can Be 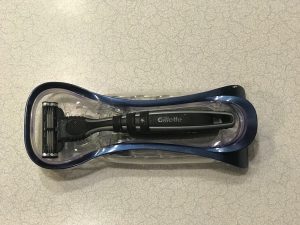 This isn’t anything new.

Men longing to be their best.

But not making “the cut.”

Joseph’s brothers felt the daily pain of falling short in the eyes of their father.

And decided to take matters into their own hands.

Remove the son who made them feel “less than.”

Surely our father’s favorite son can’t overshadow us if he’s no longer standing nearby…..

under the same rays of sun.

Joseph’s brothers, though more than likely not clean-shaven, live the very life they had hoped to be spared.

Grief has overshadowed every sunrise since the day they handed their father Joseph’s blood-stained coat.

And now a famine has hit the land.

Their grief-stricken and surely guilt-ridden family is starving.

I’ve always wondered how news traveled in those days,

but whatever the means,

the brothers hear of food in Egypt.

Saving their family means heading in the very direction they had sent their brother years before.

Did this ever cross their minds as they traveled across the desert?

How can this many brothers suppress the same memory?

When they finally reach their destination,

they fall in line.

With every other family in need of food.

Unaware of his identity, the brothers approach Joseph.

And he recognizes them.

His very own flesh and blood.

they do not realize who he is.

Maybe Joseph had been waiting for this day.

Fully aware that eventually his family would need help.

But his brothers never dreamed a boy sold into slavery would ever be standing in a place of authority.

Don’t we all tend to see what we’re looking for?

I’m not sure if it’s a case of revenge or a chance to test his brother’s hearts,

but whatever the motive,

Joseph drags out his anonymity for several years.

Frames his brothers with stolen goods.

Threatens to keep Benjamin as a slave.

And finally has the upper hand.

And uses it to the best of his ability for as long as he possibly can.

He finally reaches a breaking point though.

His emotions get the best of him,

and he commands everyone to leave the room.

You can almost hear the music swelling as he begins to weep.

“I am Joseph! Is my father still living?”

Terrified, his brothers step back, unable to answer.

I’m sure Joseph’s next words were as shocking as they were relieving,

“I am Joseph, your brother, the one you sold into Egypt. And now don’t be grieved or angry with yourselves for selling me here, because God sent me ahead of you to preserve life…….therefore it was not you who sent me here, but God.”

Scripture goes on to say that Joseph throws his arms around his brother Benjamin and weeps.

He then kisses all of his brothers as he cries.

And afterward talks with them.

I’d love to hear those words.

but did they describe their children’s faces and personalities?

This was a family reunion made for the movies.

I love that as his brothers as leave Egypt to bring back their wives, children, and father to Goshen (the land of plenty),

He knew what could easily happen.

These are easy alternatives when we feel caught.

Men want to be the best they can be.

And a product has pointed a finger.

And the most toxic thing out there today is the words being hurled back and forth.

What do we do with this controversial commercial?

Some are screaming, “Finally!”

While others shout, “Foul play.”

I have my own opinion of the message chosen in hopes of selling more razors.

I’m not worried about product sales or the voices of those on either side of the issue.

I’m just trusting in the One who truly longs for men (and women) to be the best they can be.

Because as a therapist who sees child after child struggling with depression, anxiety, or anger….

often stemming from the break down of their home due to divorce, drugs, or neglect,

I believe we need a wake-up call.

And maybe this wake-up call was actually part of an agenda,

as some are saying,

attempting to group all men in an unfair light.

And maybe it felt harsh and one-sided,

taking any responsibility off the choices women make,

but I believe it’s a message God can still use.

And I’m hoping it’s the beginning of a bigger conversation.

For both men and women.

To look in the mirror and ask themselves,

I’m sure Joseph’s brothers lived with that question most of their lives as they lived a lie in the presence of their brokenhearted father.

I’m so thankful God had mercy on them.

I’m so glad they were given a second chance to make things right.

God offers the same to each of us today.

To get things right.

And in the end,

don’t we all want the chance to be the very best we can be?