13Brothers, I do not consider myself yet to have taken hold of it. But one thing I do: Forgetting what is behind and straining toward what is ahead, 14I press on toward the goal to win the prize for which God has called me heavenward in Christ Jesus.

15All of us who are mature should take such a view of things. And if on some point you think differently, that too God will make clear to you. 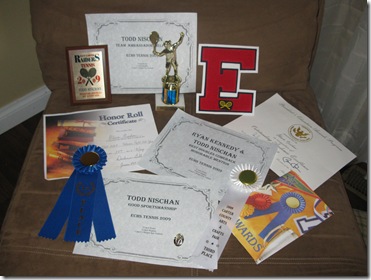 24Do you not know that in a race all the runners run, but only one gets the prize? Run in such a way as to get the prize. 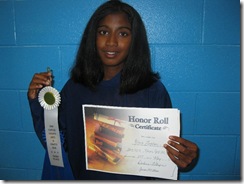 However, in the midst of all of these awards, certificates, ribbons, and even a trophy…Olivia was disappointed when she didn’t receive the “Student’s Choice Award,” and even commented very sweetly that her friend who received this honor in her class really did deserve it because she was “perfect.”

As I thought about Olivia’s desire to be voted the “best girl” in her class, I couldn’t help but think about what our real desire should be in life..

As I watched the kid’s faces as their names were called to come forward for recognition, I could see joy radiating in their grins.  But then I saw the faces of the students who were not called forward..and I saw disappointment, sadness, and even some that looked embarrassed.

I remember seeing Olivia’s face when she didn’t receive a “Distinguished Scholar” award….I’m sure she was wishing she would have tried a little harder on some of those quizzes and tests along the way…

Don’t we all have moments in life when we realize that our best effort would have been worth it in the long run even though at the time taking the “easy way out” seemed more desirable?

How do I want to feel when I stand before God?

Full of joy, knowing that I ran the race to the best of my ability or full of disappointment and sadness, wishing I would have made Jesus the Lord of my life.

I tried to explain to Olivia that she needs to focus on pleasing God not man..when she is able to do that, she will be eternally victorious!

Trophies, ribbons, certificates, pins…they are all wonderful and worthy of praise!

But a crown that lasts forever!!!!!

Thankful for all of you and cheering you on in your race,