The Wonderful But Unexpected Destination Of Our Penny Date

I should have know this penny was special.

As I drove to meet a friend for lunch, I couldn’t help but reflect on our life stories and how they had crossed paths at such a difficult time in both of our lives.

My son was fighting brain cancer.

Her son was fighting leukemia.

Almost ten years have passed since the first time we sat together in my living room sharing our struggles……….our worries……….our new normal lives with each other.

Tyler is now in college.

Nick is now in Heaven.

I think in some ways it’s hard for both of us to move on from this place of mixed emotions,

but we’ve somehow done it.

Our friendship has definitely passed the test of answered versus unanswered prayers;

and as we paid for our meals, Kim spotted a penny!

Right by my feet! 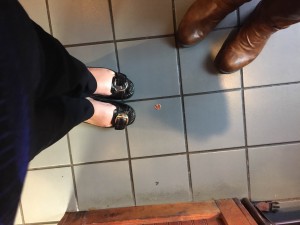 It’s moments like these that remind me that Nick really isn’t that far away………………..

I like to think he’s smiling every time I pull out my phone in the most ridiculous of places.

Later that day, Kim texted me and said, “Nick is raining pennies today.”

And sent this photo: 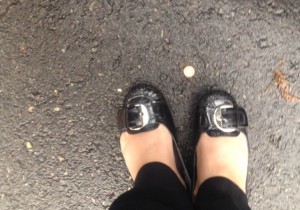 Less than an hour later, I walked to my own car and happened to glance down just in time to see this small brown coin balanced sideways in the crack of the pavement in front of me. 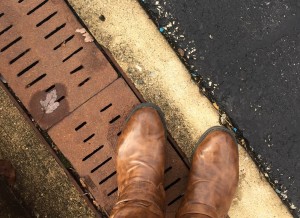 It definitely was a special day!

I always wonder what people are thinking when they see me pull out my phone to photograph my feet.

I really wonder what they think when I bend down, pick up a penny, and stand to examine it closely.

I’m always looking for messages…………….and this penny definitely brought a big smile to my face.

There it was, imprinted on the coin in my hand…………….the very year Nick entered this world and became my only brown-eyed baby boy.

The year Nick became my son.

This penny was the one I knew I had to use for my quickly-approaching surprise date with Tim,

because sometimes someone shares an idea on your Facebook page that sounds too fun to pass up!

Recently, one of my friends had shared the idea of a “penny date” with me.

Basically, you ask your date to pick a number between ten and twenty.

Starting at that point, you flip your penny at each new intersection, turning left or right depending on whether your penny lands on heads or tails.

When you finally reach the last intersection and the last flip of the coin,

Yesterday, Tim and I flew to Washington, D.C.

Tim is attending a conference and asked me to come along, so this seemed like a perfect time to pull out my special penny and see what happened!

Tim was up for the adventure, so he picked his number and off we went!

One flip for each year of Nick’s life, and I’m not even sure if Tim had thought of that when he picked his number………..but it made me smile even more.

This was definitely Nick’s journey for us to take.

I could feel it from the very beginning! 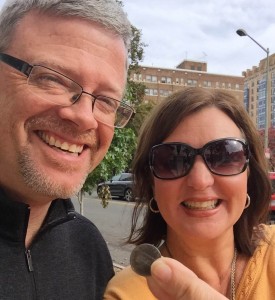 Along the way we passed some beautiful buildings…… 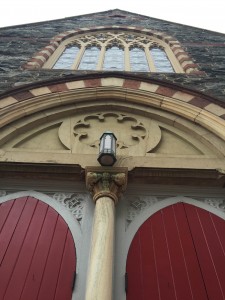 but we realized we were definitely moving further and further away from the touristy part of D.C. with every flip of the coin.

About halfway into our walk we saw two police cars fly by, followed by an ambulance…………later we learned from a friend’s son who lives in D.C. that we were very near the location of a stabbing in broad daylight of a boy who would not give a cigarette to a man sitting on the edge of the road.  He sent me this photograph taken by one of his friends. 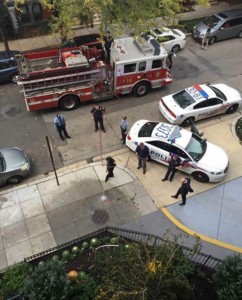 Who knew the flipping of a coin could lead us away from something so terrifying?

With just a few different turns, we would have been right there at that very moment.

I’m thinking about that young man today and wondering how he’s doing.

How do you go back to a normal life after being attacked in broad daylight or even in the dark?

This world……………….Please whisper a prayer for that boy and that man.

Tim and I continued our journey after seeing the emergency vehicles.

We had no idea where they were headed or we may have turned around.

In just a few more turns, though, we happened upon this sight! 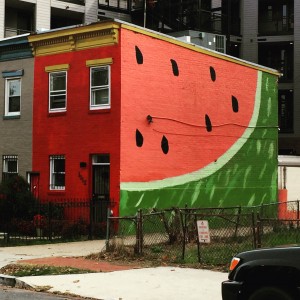 What an unexpected thing to see in our nation’s capitol!?!?

I felt like Nick thought this was an important landmark we might have missed on our own!

We were nearing the end of our thirteen flips,

and there was definitely nothing in sight that looked like a great location for a date.

As we turned the last corner, our final penny flip brought us to an old neighborhood skate park filled with skaters…………………….

Not exactly the ideal place for a middle-aged couple to choose as a date location,

but look what was painted on the side of the main skate park ramp! 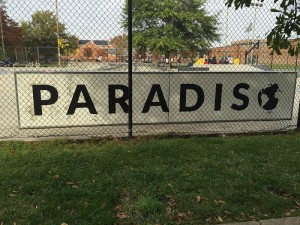 We both had to be photographed here! 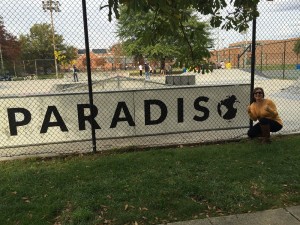 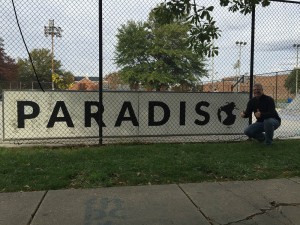 Nick had led us to the very place in D.C. that would make us both smile!!!

As we headed back toward the traditional spots for D.C. tourists, we passed this building.

Can you read what it says above the windows?? 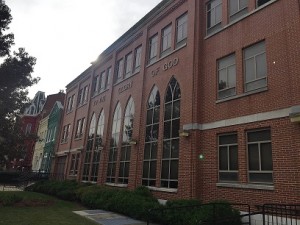 “TO THE GLORY OF GOD”

Could a penny date be more perfect?  I don’t think so!

God definitely gets all the glory for this fun afternoon!

We ended our evening with a look at the Washington Monument……………..

Majestic as it is, it meant so much less to both of us than the Watermelon House or the Paradise Skate Park did on this particular day. 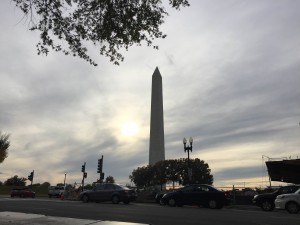 As October ends and November begins,

we’re both fully aware that this is the month Nick physically left our family’s presence seven years ago.

Even though we believe with all of our hearts that Nick is in Heaven,

we always enter this next month with a feeling of sadness.

Today, I’m so thankful for this penny date with Tim yesterday.

I’ll hold on to it forever as a reminder that God really does walk every step of life with us,

and every step leads us closer to paradise…………….

closer to rest for our souls.

This is what the Lord says:

“Stand at the crossroads and look;
ask for the ancient paths,
ask where the good way is, and walk in it,
and you will find rest for your souls.

He walks with you, too.

Today, stand at the crossroads and look.

and walk in it.

Find rest for your soul.

just around the corner!