He Meets our Needs……. 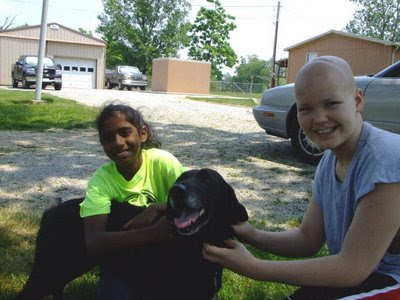 Phil. 4:19
And my God will meet all your needs according to his glorious riches in Christ Jesus.
I remember realizing immediately after Nick died that the after-school routine was going to be one of the hardest parts of the day for us to get through.
Nick was homeschooled this year, so when Todd and Olivia walked through the door every afternoon, Nick was always so glad to have them home. The action was back in the house and he loved hearing about Todd and Olivia’s days!
Olivia would tell him things that had happened, and he was such a good listener. He kind-of lived life through her school experiences especially and it was just so sweet to watch!
Suddenly, he was gone.
His chair was empty. Olivia and Todd came in to a dark TV that had once been filled with either the NFL channel or a cartoon. Todd went to the computer as soon as he walked through the door and Olivia seemed to be lost in the house for weeks.
I should have known that God was working all things out in His time….He had begun working even before Nick went Home.
For some reason (now I understand why) early last fall, Olivia became infatuated with pigs! We thought it was so funny and we really didn’t know why it had happened, but she wanted pigs in her bedroom, pig stuffed animals, pictures of pigs, any kind of pig she could get her hands on……she just loved pigs!!!
After Nick died, her love for pigs continued!
And then one day the most wonderful thing happened!
Someone called who knew about Olivia’s passion for pigs and told us that a new show was starting in January called “Olivia,” based on the book about,
of all things,
a girl pig!!!………………and it was on Nickelodeon!!! That’s right…
the commercial said, 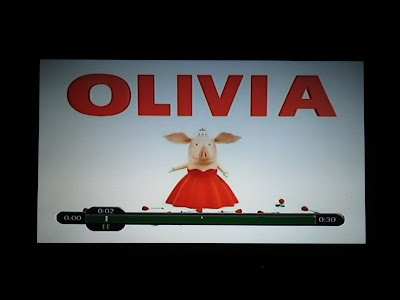 Coming soon……………Olivia………………….on Nick!!!
So now, our Olivia has the TV set to tape this show every morning. And after school guess what we do!?!?!
We watch Olivia the Pig…………………..on Nick!!
It’s great! For the entire show “Nick” is on the screen in the corner……He’s right there with us getting us through the toughest part of the 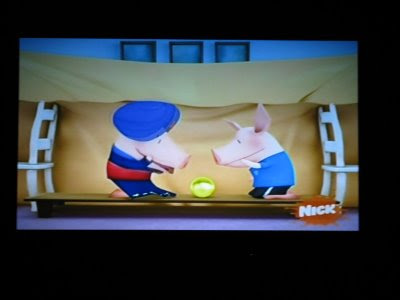 day!!
And it’s the cutest show! It has given us so many laughs!!
Oh, thank you, God, for working even through a cartoon to give a little girl just what she needed when she misses her brother so much!!!
A show about a pig with her name and the funny adventures of her and her pig brother!!
On a channel named after her very own brother!!
You amaze me…..daily!