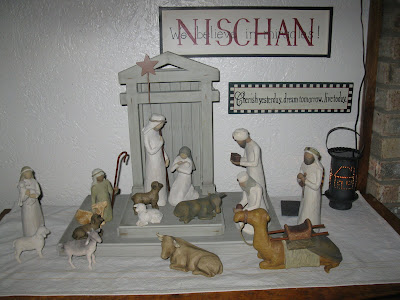 Matthew 2
10When they saw the star, they were overjoyed. 11On coming to the house, they saw the child with his mother Mary, and they bowed down and worshiped him. Then they opened their treasures and presented him with gifts of gold and of incense and of myrrh.
Mark 14
3While he was in Bethany, reclining at the table in the home of a man known as Simon the Leper, a woman came with an alabaster jar of very expensive perfume, made of pure nard. She broke the jar and poured the perfume on his head.
From the moment He entered this world as a tiny baby in a manger, Jesus’ presence brought a desire for giving gifts.
Wisemen travelled many, many miles to place their gifts at Jesus’ feet. Not simply new swaddling clothes, blankets, rattles, or bibs.
No, they brought gifts fit for a King. Gold. These wise men knew Who Jesus was!
Years later, a woman who was shunned by many because of her sinful past, found herself at Jesus’ feet pouring out what could have easily been her life’s savings. An alabaster jar of expensive perfume. She knew Who Jesus was!
I especially love Mark’s account of this story, because he adds the detail that she broke the jar at Jesus’ feet. I can just hear the words to one of my favorite songs, “Broken and Spilled Out…” playing in my head.
I think all of us who claim the name Christian desire to place gifts at Jesus’ feet.

Sometimes being able to give what God desires means that we may have to be broken first.

But something happened about a month and a half ago that made me realize that being broken is okay.

As a Christmas gift, several of my friends and their daughters (Olivia’s friends) went together and bought me the Willow Tree Nativity Set.

The night that I found out that I was receiving this gift was just a couple of weeks after losing Nick, and I was having such a hard night, trying so hard to stay focused on the “big picture” of life.

See, as Christmas was quickly approaching Mary was on my heart in such a huge way. I kept thinking of how she was called “blessed” and how she was “chosen” to be the mother of Jesus. And then I thought of the pain and loss she would eventually face and I wondered, “Did she really know what was coming as she held her baby boy close to her side surrounded by farm animals and straw?”

And then I also wondered what her life was like after Jesus was gone.

The Bible doesn’t really talk about her grief.

Anyway, I love Mary more than I ever have. I feel a kindred spirit connection with her. And the nativity scene is something I have always loved.

The Willow Tree nativity set was one I had always adored from a distance, but I never thought I would actually be be able to have as my very own. My friends had no idea that this was something I had always loved.

So the night I found out about the gift, I cried.

I felt like God was reminding me that like Mary, I truly was blessed to be the mother of Nick, even though I had to let him go for now.

Something else happened that made this nativity set even more special.

The “old” me wanted to go home and quickly get it all set up, but we were leaving for Oklahoma the next morning and I had so much to do.

I just knew that in my rush I might break something.

So, I placed all the boxes in my closet and couldn’t wait to get back from our trip and open up all the different pieces!

When I did, I sat on the floor and very carefully opened each figure one by one.

As I was taking out one of the wise men, his hands and the “gift” he was holding fell on the floor in front of me. They had broken in the box. 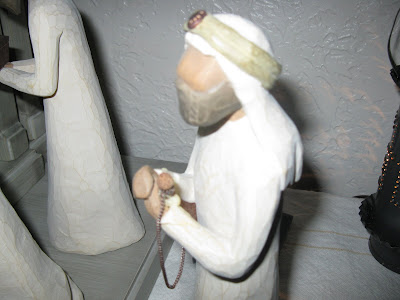 At first, I thought, “Oh, I’ll ask the girls if I can exchange it.” But the more I sat and looked at the little figurine, his hands gone, arms lifted up, wanting to give Jesus something but unable to, the more I fell in love with this very wise man.

So, I decided to fix him myself!

I carefully placed very strong glue on a toothpick and had to balance the piece just right in my sock drawer for a day so that the broken part could bond with the arms. When I turned it over, you could see a line where the break had occurred and some signs of
glue that had squeezed out the edges. 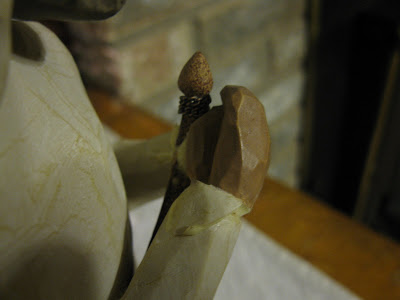 And I thought to myself…….

Wise man, you are me!!!!! Arms extended. Wanting to give something to Jesus. But showing signs of brokenness and an effort to heal.

I hadn’t written about this but thought I would one day, and then last night as I was walking up to Olivia’s room to take pictures during her little fashion show (she was trying to decide what to wear to Nick’s dinner), I stopped and took some pictures of the nativity set and of my favorite wise man.

The amazing part came when I sat down in Olivia’s room to straighten her hair and she had on a Point of Grace CD. I was just about to change it to one of my favorite songs when Olivia said, “Oh, let’s listen to this one first. It’s really good.”

As I sat and listened it was all I could do not to cry.

You can listen to it here but you’ll have to scroll down and pause the “blog” music first.

Wow! I knew God was saying, “It’s time to share your story about your wise man!!”

It’s time to begin healing, but you will always have a scar….and

I believe it was all part of God’s plan.

And as much as it grieves my heart to say this,

God knew Nick was going to leave this world early. He wasn’t shocked. He has a plan.

And I have a scar.

Trying to Heal so that I Can Give,