Because Birthdays In Heaven Are Significant Too

Blogging through the Bible is more challenging than I ever dreamed.

Some mornings when I read, I find myself staring at the chapters I’ve just read and wondering,

“What in the world do these words have to do with us today?”

This morning I finished the book of Numbers.

The journey through the wilderness is broken down into all the places the Israelites camped along the way with significant moments recorded at some of these locations.

After this, the Promised Land is divided between the tribes.

Special instructions are even given to the daughters of Zelophehad about who they are allowed to marry,

because their inheritance normally would have gone to brothers,

if they would have had any.

There is fear that if these women married outside their own tribe their family’s inheritance would be handed to another tribe.

And no one wanted to lose what rightfully belonged to them.

Not much has changed today.

We see it more on television shows when a wealthy family member dies,

and his or her relatives gather for the reading of the will.

Everyone sits around a conference room table, waiting to hear what’s coming their way.

Sometimes family members are shocked to learn what they thought would become theirs has been left to an entirely different person or group.

The Israelites wanted to avoid any shocking changes in what belonged to their families.

They had traveled too many years and fought too many battles to lose their inheritance now.

So they covered all their bases with God in order to ensure their inheritance was secure.

And thankfully, our inheritance comes with a promise.

If we belong to Christ, we are Abraham’s seed.

Part of the family.

Just as the Israelites fought their way through the desert,

we are called to fight our way through life.

But against an enemy who would love nothing more than to see us miss our chance at the table.

If my life journey were broken down into places I’ve camped along the way,

with details of what happened at certain places,

This was the day our first daughter was born. 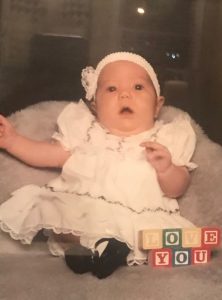 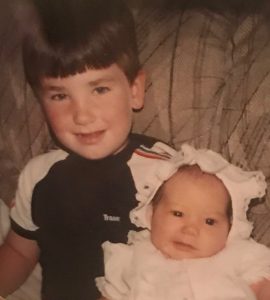 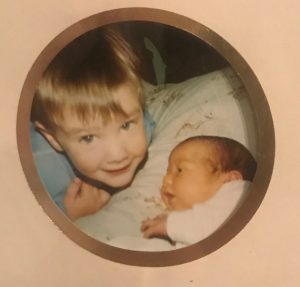 My first and only c-section,

this little gift from God left both a physical and emotional scar.

She showed up in perfect form and became our cuddle bug immediately,

but six and a half weeks later,

she quietly slipped away.

SIDS became part of our story.

On the day she left our arms,

we were left holding a decision.

Would the enemy get the best of us in the wilderness?

Would the suffering be too much?

I remember feeling very unloved at the young age of 27,

as if God’s love depended upon my happiness.

I had a lot of wrestling to do before I would find joy again.

And like Jacob years before, I was left with both a blessing and a limp.

Twenty-seven more years have passed since the day Adrienne became our daughter.

Tim and I have lived a whole other lifetime since then –

and we’ve camped many other places along the way.

This morning, as I think about Adrienne’s birthday and about the Israelites setting up tents and taking them down in so many different places across the desert,

I can’t help but think that’s exactly what we’ve been called to do today.

Not forgetting where we’ve been or how far we’ve traveled,

we have to keep moving forward.

We’re moving closer to the land we’ve been promised,

trusting that when the day comes for His will to be read aloud,

our names will be there.

Heirs with a promise.

we shouldn’t be surprised when we’re also called to share in His suffering.

So, today, instead of making a birthday cake,

I’ll finish this blog post and get ready for a regular day of work,

trusting that the birthday party in Heaven will exceed any celebration I could have pulled off here.

You are still so loved.

But I won’t stop traveling closer to you as the years pass by.

See you soon, little one.

If you belong to Christ, then you are Abraham’s seed,

and heirs according to the promise.

Now if we are children, then we are heirs—

heirs of God and co-heirs with Christ,

in order that we may also share in his glory. 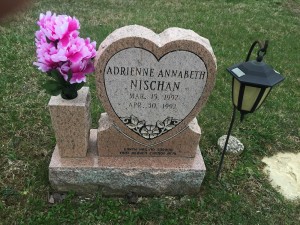 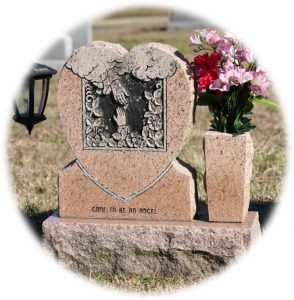 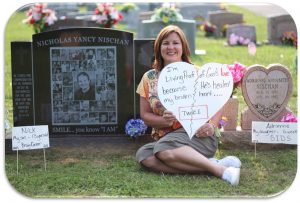