From Puppies to Graduation and back to Puppies….

Last weekend we traveled to Nashville to celebrate Christmas with Erich and Mallory and attend Mallory’s graduation from college.

We were excited to meet their new little family member, Phoebe! 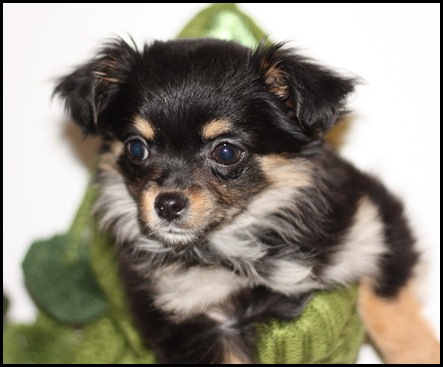 We were so proud of Mallory as we watched her receive her diploma.

I’ve never shared a lot about Mallory’s journey through college, because Nick was so sick while she was also facing a battle for her own life.

Mallory was diagnosed with anaplastic anemia not long after transferring from KCU to David Lipscomb.

At the time Erich and Mallory were only great friends, but he still traveled to see her several times during her time in the hospital.  I remember talking to her on the phone while she was waiting for her bone marrow transplant and telling her how sorry I was that we couldn’t come see her….

it was the fall of 2008 and Nick’s health was slipping quickly.

It was a bittersweet season in our lives as Nick lost his fight and Mallory won hers.  About six months after Nick went Home, Erich drove back to Nashville and asked Mallory to be his girlfriend.

A year later she became his bride-to-be and now she is his beautiful wife! 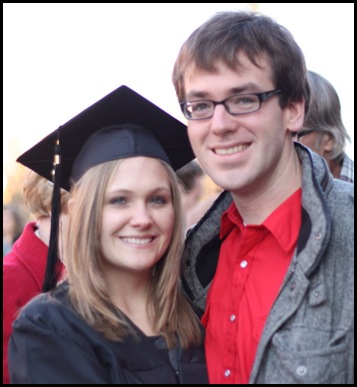 I cried as she walked across the stage to receive her diploma.

God still has great work for Mallory to do!

Nick would have been so proud!  He loved Mallory so much! 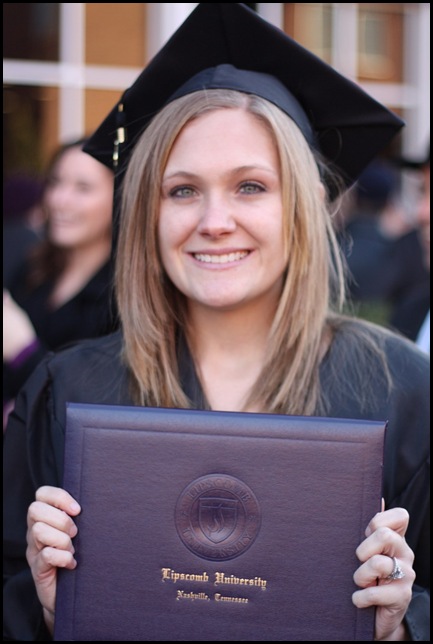 I love this picture of Erich and Mallory with the president of David Lipscomb! 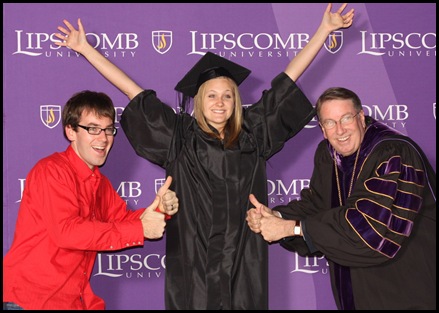 After the ceremony, we went to dinner and then walked through the Opryland Hotel looking at all of the lights. 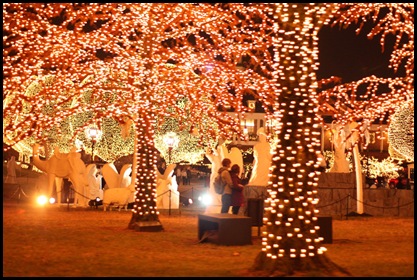 At the end of the evening, Tim, Todd, and I headed back to Grayson.

We weren’t expecting the phone call we received as we were driving home, though.

Erich was on the phone asking whether or not we had put Hugo in the bathroom before leaving their apartment. (Tim and I were the last ones to leave.)

I guess in the 8 hours that we were out and about, Hugo had turned their apartment into a nightmare.

He ate Mallory’s entire graduation cake and then got sick in front of their tree.

He ate their nativity set from Kenya, Africa, which was made out of corn silk.

He drug out everything you can imagine from anywhere he could find.

Even though we were thankful that Phoebe was safe and their tree was still standing, Tim and I still felt horrible.

Tonight, as I was looking through pictures from the weekend with mom,  I found the last photo I had taken of Hugo as I was leaving their apartment.

Mom and I got tickled, because it looked like Hugo was already sorry for what he was about to do.

Since I can’t do much else right now, I decided it was a good time to learn a little about Photoshop and chose to work with Hugo’s picture first. 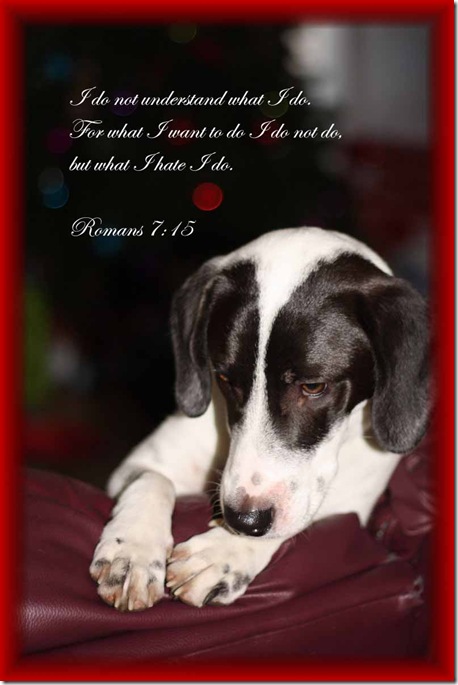 A weekend I don’t think we will ever forget!