Glimmers of His Plan Beginning to Form a Stained-Glass Window Through the Name Joshua!

11 For I know the plans I have for you,” declares the LORD, “plans to prosper you and not to harm you, plans to give you hope and a future.

9 Have I not commanded you? Be strong and courageous. Do not be terrified; do not be discourage 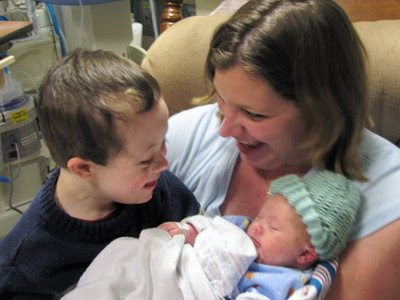 d, for the LORD your God will be with you wherever you go.”

About two and half years ago, a friend of mine was in St. Louis for the birth of her grandson, Joshua. This sweet baby boy was the second Downs Syndrome child born to her daughter and son-in-law (Betsy and Frank)…..who already had the blessing of precious Caleb! She emailed me this photograph that captures more emotion than I could ever put into words! When Susie sent this to me, I remember thinking that it was a picture I wanted to save forever. Betsy and Frank’s journey since that day has not been an easy one, but I can tell you that because of their faith it has been a beautiful one!!! (Betsy, you know how much I love you!!! I’ve loved you since you were just a young teenage girl full of smiles, dreams, and a HUGE love for God!!! You amaze me!!)

Well, a few days after Joshua’s arrival, Susie wrote to tell me about a basket that had been delivered to Betsy and Joshua while in the hospital from an organization called “Basket of Hope.” She described in detail all of the wonderful things the basket and held and wondered if I had ever heard of it.

I had never heard of this organization, so I went to their website to learn more about this amazing ministry. At the time, Nick was very sick. I wanted so badly to see this ministry at the hospital in Columbus, but I truly didn’t have the emotional or physical energy to do anything at the time. But I wrote to Angela, the director, to ask for information for the future and received a large notebook, DVD, and brochures which I went through thoroughly, hoping someday to help this ministry make its way to Columbus Children’s Hospital.

Within the same week that I talked with Angela, one of the wide receivers from the Detroit Lions (Mike Furrey) and his wife also spoke with her about beginning this ministry in…..

hoping to connect us, and one evening Mike and Koren sat down and went through Nick’s site page by page.

Mike fell in love with Nick. 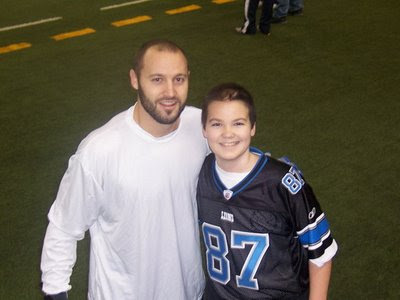 And the most amazing part is that Mike and Nick shared the same favorite memory verse!

You probably guessed it!! JOSHUA 1:9

Since that day, we have become such great friends with Mike and Koren!!
In December of 2007, we traveled to Detroit to watch the Lions play the day after Christmas!!
Although we had talked to Mike and Koren on the phone and through email for several months at that time, this was our first time to meet them in person. Our visit was so wonderful! I 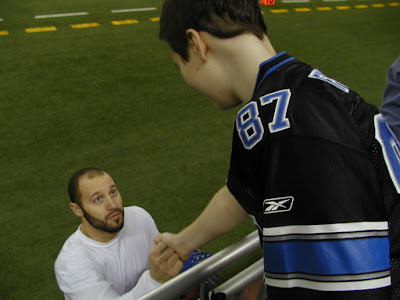 love this picture of Nick leaning over the stadium to shake Mike’s hand. Mike is saying to Nick, “You are my hero.”

And honestly, if you asked Mike today, he would say the same thing!

Mike, I know that you are in a “waiting time” right now.

Waiting to see which team you will go to next. And I know that you are praying fervently that God will lead 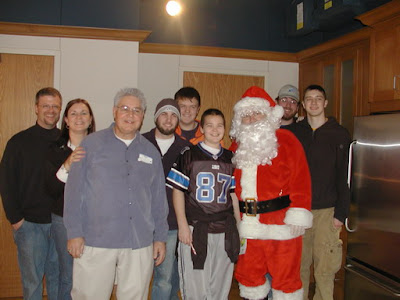 your family to exactly where you are suppose to be.

I can’t help but think that Nick is cheering you on from above and reminding you of your and his favorite verse!!

Be strong and courageous! Do not be terrified or discouraged!! God is with you!!!!

We are praying too!!! 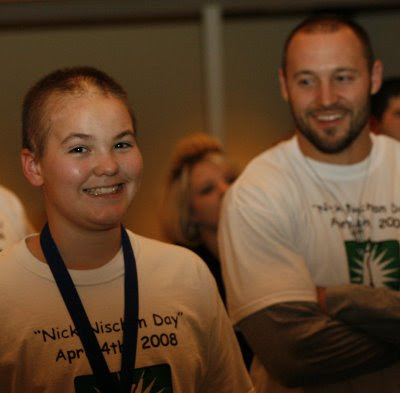 One of my most favorite memories with Mike is when he flew to Lexington, KY, one day all the way from Detroit during spring training and then rented a car to drive to our little town in Grayson to surprise Nick on “Nick Nischan Day!”

The look on Nick’s face was priceless as he watched a video from Mike and Koren saying how sorry they were that they couldn’t make it to the event…..

and then to see Mike come through the back door of the sanctuary and walk straight to Nick wearing his “Nick Nischan Day” t-shirt!!!! Wow!

Mike then spoke to the several hundred people in attendance and shared his testimony and what Nick meant to him.

Mike, we love you and Koren so much!!! You have shown a simple mom that there truly is love and purpose to the NFL that supercedes all fame and fortune and statistics!!! You have made me love football in a way I never did before!!! Thank you!! You truly have earned the name….

A WIDE RECEIVER WHO GIVES!!!!

We were suppose to go to Detroit again on Thanksgiving Day of this past year…….

The Lions were playing the Titans (Nick’s favorite team!), but we had to cancel our plans because Nick was so weak….little did we know that that would be the last football game Nick would ever get to watch while on this earth.

It was almost as if Nick knew this was the last thing he really cared to be a part of on this planet. He pushed himself physically to watch the whole game. However, within an hour of it being over, Nick fell to sleep and never woke up again. He passed away just a day and a half later. Just typing this is so hard for me. We miss him so much.

So much has happened in the past two and half years.

Betsy and Frank live everyday with two beautiful special needs children….smiling through every high and every low.

Mike and Koren have started a branch of Basket of Hope in Columbus, Ohio. Alicia, Koren’s sister, is the director, and their program is doing great!!!

We began the Nicholas Yancy Nischan Foundation immediately after losing our precious Nick.

We are partnering with the Mike Furrey Foundation!

http://www.mikefurrey.net/
And we are starting an entirely new branch of Basket of Hope in Kentucky!!!! Angela, the executive director, is coming to our little town in Grayson in April to help us assemble our first 100 baskets!!! 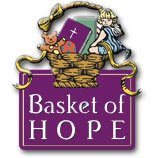 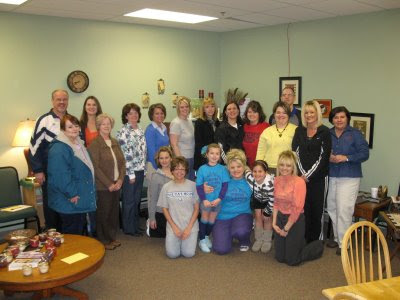 This is me and a group of wonderful people from our community who have come together from many different churches and organizations to start the new branch of…..

I say all of this to say this:

God is working………..even when things might not make sense at the time. Trust Him. Live for Him in spite of the pain. Eventually those little glimmers of something more beautiful will begin to sparkle in the corner of your eyes even if the glimmer is still in your tears.

I love you all so much.