I Never Would Have Dreamed……..

When Evan was a young boy, he was about as shy as they come.

Hiding behind my leg when people tried to talk to him, I can remember trying to pull him around to say “hi” and finally just saying, “He is very shy.”

Before he was even a teenager, he began taking piano lessons and later added guitar lessons. I often hoped that one day he would be on the worship team at church, but he never seemed to want to share his talent publicly.

I can remember vividly the moment that I came to peace with this.

I was reading, “Shepherding a Child’s Heart,” by Tedd Tripp; and in this book, Tripp challenged everything I had believed about my own motivation as a mom.

Did I want Evan to play publicly for himself or for me?

What if God had given Evan these particular gifts as a way of simply worshiping alone, much like David sang and played instruments while shepherding on a hill far away from crowds?

Could I be okay with this?

As I came to grips with the reality that deep inside I was wanting to see Evan on a stage more than he ever longed to be, I let go of these desires and allowed him to simply play for his pleasure not the world’s.

Now, Evan is a young man.

If you have read my blog for a while, you know that Evan graduated from Morehead State University last spring and moved to California in September to pursue his dream as an actor, of all things.

If I lined up all of my children and even all of their friends, I think Evan would have been one of my last guesses (based on their childhood personalities) for “Who will decide to be an actor?” But I believe God has placed this desire in Evan, because his passion for the pursuit comes from deep within him not from any of us pushing back home.

When Evan and Tim left our house, Evan had a car full of most of his earthly belongings and a place to stay temporarily (with a friend of ours son) until he found an apartment.

Five months later, I am thankful to say that Evan has found a roommate and although he sleeps on an inflatable mattress, has a Rubbermaid container for a nightstand, and needs a dresser, he is doing well.

He has signed with a modeling agency, has been hired by catering company as a waiter, delivers pizzas some evenings for Domino’s, and has a job with a fitness gym that has been under construction for the past few months. He has been taking some acting classes off and on and has auditioned for and been selected for a small part in a play.

He reads a lot about the art of acting, and we talk to him almost everyday.

I wanted to share a picture of Evan now that he is in California.

I don’t know what God’s plans are for him, but I do know this:

As long as Evan keeps God first and considers Him in all of his decisions, I believe God will lead Him to the right opportunities and set his boundaries in pleasant places.

Lord, you have assigned me my portion and my cup;
you have made my lot secure.
The boundary lines have fallen for me in pleasant places;
surely I have a delightful inheritance.

I will praise the LORD, who counsels me;
even at night my heart instructs me.

Evan has been attending a church called Ecclesia, and we are so thankful for Christians all over the world who can be there for our children when we cannot.

Here is my once-shy little guy: 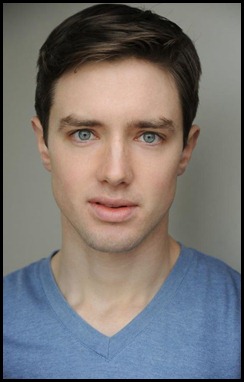 He often sends out health tips and funny, random thoughts from the West Coast.

Please keep him in your prayers.

We claim this verse for all of our children:

Train up a child in the way he should go:

and when he is old,

he will not depart from it.

Evan, we love you so much. We are proud of you. We pray for you every single day. You are never far from our heart, and God is always in your heart. I told you I would not worry about you, because I have placed you in the hands of God……..and I still mean that. Whatever you do, do it for His glory and He will lead you along the right path……I believe that with every inch of my soul.

All of my love and prayers,