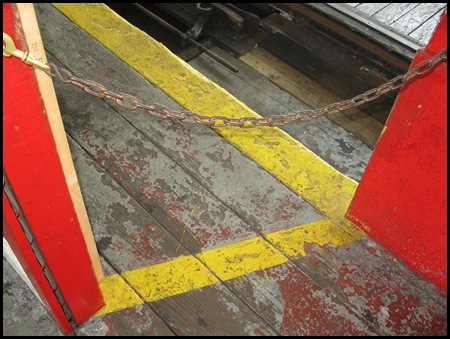 I took this picture while standing in line to ride a little roller coaster last Thursday at Camden Park.

as if crossing this line was going to have some risks.

Tonight I feel, in a very real sense, as if I am standing on one of side of this chain gate with Erich and realizing that tomorrow morning at 7, I will be “releasing the latch” on his childhood and sending him into the caution area of life without me.

We have packed, and organized, and loaded a trailer, a 15-passenger van without seats, and our mini-van all weekend.  The big move to Nashville happens tomorrow.

Tim, Evan, and Erich will all head out early in the morning and return on Tuesday to watch Olivia perform in the Annie musical at school (I’ll take lots of pictures!).

Then Wednesday, Erich will drive away in his car to begin his new career as a nurse at Middle Tennessee Medical Center.

I’ve had flashbacks all weekend to different stages in Erich’s life.

I remember taking him to the little country church in Northern Kentucky where Tim was the preacher when he was just 6 days old and hearing one of the ladies say, “Let me see that little bambino!”

I remember going back to work when he was 6 weeks old and feeling as if my whole world was falling apart because I was sure I would miss one of his “firsts.”

And I remember becoming a stay-at-home just 6 months later when Tim took a different job and I began babysitting for a couple of friends to make up the difference in salaries.

I remember walking Erich and Evan to the cemetery just days after Adrienne died, because Erich, who was 4 at the time, was sitting on our porch swing screaming “waa waa waa” at the top of his lungs and the only way I could get him to stop was by asking him if he missed Adrienne to which he could only respond by nodding his head “yes” over and over again.  While we were standing at her graveside, I remember Erich looking up to the sky and saying, “See you soon, Adri…Anne” (That’s how he said her name.)

I remember Erich’s first day of school.  He was grinning ear to ear and carrying a brand new lunch box.  He was so excited!

I remember so many vacations and so many  ball games.

But tonight, more than anything, I remember how Erich was home for Nick’s last week of life in November of 2008 and how Erich was the perfect nurse.  He lovingly helped Nick up and down to go to the bathroom.  He moved Nick’s pillows so that he was comfortable every minute.  He was so gentle, so loving….just what Nick needed.  He kept Nick smiling and he kept Nick safe.  Nick adored his big brother, Erich.

As sad as I am to see Erich spread his wings and fly, I am thankful and happy  to know that he is going to carry his nursing skills and sweet spirit with him out into a world that desperately needs gentle, loving, Christian people.

And I’m sure that Nashville, Tennessee, will soon be one of my favorite places to visit!

I love you, Erich! 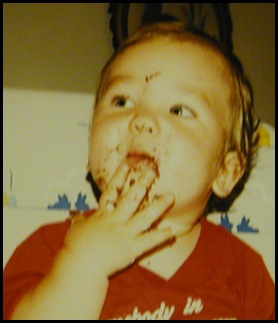 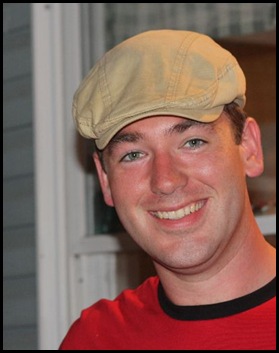 Clinging to this verse and praying for you daily,

Train a child in the way he should go,
and when he is old he will not turn from it.