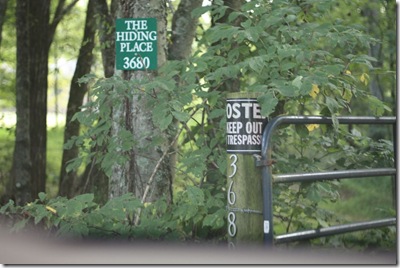 Our GPS led us to a crossroads.  Not sure which way to go, we chose to follow the car in front of us with an Alabama  license plate.  They surely were headed to the same retreat as us! Why would an Alabama car be on this long windy road in Tennessee unless they were looking for the same little “hidden” place as us?  They chose the road to the left, so we followed. 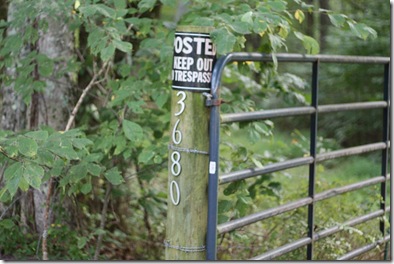 Well, sure enough, they were trying to find the same retreat, but we soon discovered that the road we chose was the wrong one and only led to a chained and locked cattle gate.  Tim and I got out of the car and went to theirs to introduce ourselves.  A strange setting for meeting strangers, but because we immediately knew why we were both on the road, we hugged, shared our names, and had a little laugh. Their GPS had led them to the same crossroads as ours. 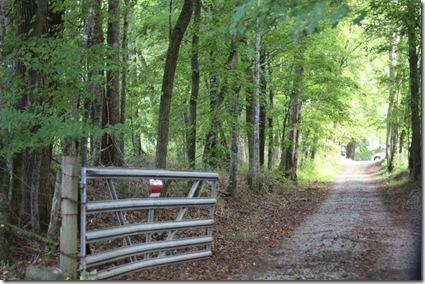 We both backed up, turned around, and then headed for the other road choice which ended up taking us through the woods to this true “Hiding Place.” 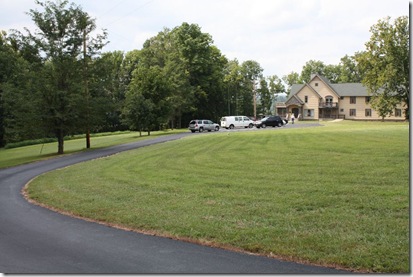 As we saw the parking lot and the lodge, we quickly realized that we had found the spot where we would spend the next few days.

We then shared more time with our new “friends” and learned of the loss of their daughter this past winter.  We were able to share some of our pain and sadness as the weekend went along, and by the time we left this once-unfamiliar couple that we met on a dead-end road is now a cherished couple on our “friend list” and one we have invited to come visit us anytime.

Isn’t it neat how God works.

In life, we often find ourselves on unfamiliar roads.  Roads that seem to go nowhere.  But if our eyes are open to the world around us, we quickly realize that God is just waiting to place in our laps just what we need to find our way back to His Hiding Place.  And  He often sends other people to share the road with us…people who are on similar types of roads.

These roads are rocky and the gates are locked.

I am so thankful for a God who promises to be my eternal GPS if I will just continue to trust in Him knowing that He has a plan for my friends and for me.

I will lead the blind by ways they have not known,
along unfamiliar paths I will guide them;
I will turn the darkness into light before them
and make the rough places smooth.
These are the things I will do;
I will not forsake them.