What it means to be a servant…..

In your relationships with one another, have the same mindset as Christ Jesus:

Who, being in very natureGod,
did not consider equality with God something to be used to his own advantage;
rather, he made himself nothing
by taking the very nature of a servant,
being made in human likeness.
And being found in appearance as a man,
he humbled himself
by becoming obedient to death-
even death on a cross!

Paul knew the secret to living a life that pleased God.  As he wrote this letter to the church in Philippi from a cold, prison cell, I’m sure he had moments where he could hear whispers of doubt from the devil like,

“How did you end up in here when God called you in such a personal and mighty way to be an evangelist for him?”

I’m just thinking, though, that as soon as he found himself feeling any sense of uncertainty about his situation, he quickly remembered Jesus.

The very Son of God who had willingly left the majestic glory of Heaven to walk the lonely, dirt roads of this planet for mankind’s sake.

The Word who became flesh only to have his flesh torn for you and me.

The Prince of Peace who had allowed his life to be filled with anything but peace as he was beaten, spit upon, and crucified for the world’s sins.

Yes, that’s Who kept coming to Paul’s mind as he sat in his prison cell and that’s who strengthened him as he faced an uncertain future.

So, Paul knew that in a very personal way just how the church in Philippi was going to have live in order to survive in a world that was persecuting Christians.

They were going to have be humble, put others’ needs ahead of their own, and keep their eyes on Jesus.

Any thoughts of personal gain were going to have to be demolished in order to advance the message of the gospel.

Today, as I write this blog post, my heart is heavy for a family here at Kentucky Christian University.  Yesterday, the sound technician for all of the choirs on campus was killed in a motorcycle accident.  He left a precious wife, two daughters, and a son-in-law.

He exemplified this passage in every way.

His name was even Paul.

He quietly sat behind the sound boards of every concert, smiling and encouraging the singers with funny nicknames and silly jokes.  He did not require the attention or praise of others.  He lived to serve others.  He did not consider equality with anyone something that he needed to gain in order to be happy.

Please whisper a prayer for Kathy, Elizabeth, Brian, Mary, and the whole KCU family as they walk this road of grief together.

Paul Rice gained everything yesterday afternoon.  We love you, Paul.  Heaven gets sweeter every day. 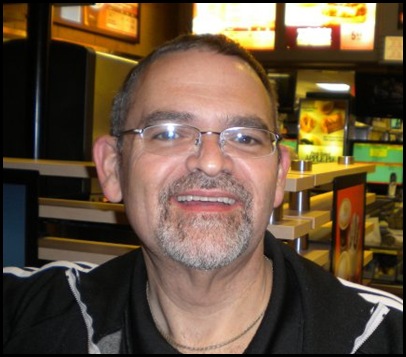 So thankful today and every day for the promise of eternity with Jesus,