My Response to COVID-19 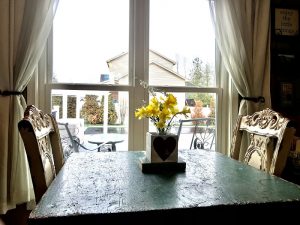 One day at a time.

It’s really all we’ve ever been given.

One short day at a time.

But when our calendar has been wiped clean

and all future plans have been put on hold,

more worth “not wasting.”

And while the erasing of tomorrow’s plans feels a little scary,

did we ever really hold the pen that wrote in

“be here or there”

“do this or that”

on any given square?

I remember walking to my own calendar the day after our daughter died.

All the things I thought we would do suddenly erased.

“Many are the plans in a man’s heart,

but it is the Lord’s purpose that prevails.”

Not that He chooses these tragic times in our lives

these horrific times in history,

but I have to believe He’s not caught by surprise.

He knew our calendars would become meaningless in time.

And somehow I just know He’s working in the midst of all of this.

It faith truly is the evidence of things not seen,

this season is requiring an extra dose of it.

Because 2020 seems anything but clear.

And maybe, just maybe, there’s significance in the fact that THIS YEAR

yet so many of us have lost the ability to see much further than our own front door.

Maybe God is using this time in history to help improve our eyesight.

So we can finally SEE Him for all He is.

The Alpha and Omega.

The Beginning and the End.

I wrote once about Joseph facing his brothers after years of separation.

In that writing, I wondered if Joseph had had faith all through those years.

Did he remember his dream as he was sitting in prison

and did he believe that one day it would come true?

Faith hadn’t been mentioned in the pages of the Bible yet,

but Hebrews 11 says Joseph walked by it.

When he finally got the chance,

he sat them all down.

But in order of their age.

They had to know something was up,

because they didn’t realize they were in the presence of the very one they had once hated and sold into slavery.

I’m not sure why Joseph drags out the revelation of who he is.

To be sure of their changed hearts?

It’s a whole other thing to believe they love you too.

So the pause button is pushed as Joseph washes away his tears in a private room.

And his brothers wait.

Not knowing what their future holds.

The table was finally set for all things to be made right.

Maybe that’s where we’re at today.

And we just haven’t realized it yet.

And changes everything about this moment

This was true for Joseph before he’d even heard the word.

And it’s true for us today.

Even in our deepest moments of fear and questioning and grief and doubt,

FAITH makes a way for us to live with overflowing hope and joy and peace.

We just have to remember.

Even though our calendars in so many ways have been erased,

faith has set the table.

And we’re all seated here.

And my prayer for each of you today is the same as Paul’s for the church in Ephesus,

“I pray that the eyes of your heart may be enlightened in order that you may know the hope to which he has called you, the riches of his glorious inheritance in his holy people, and his incomparably great power for us who believe. That power is the same as the mighty strength he exerted when he raised Christ from the dead and seated him at his right hand in the heavenly realms, far above all rule and authority, power and dominion, and every name that is invoked, not only in the present age but also in the one to come. And God placed all things under his feet (even COVID – 19) and appointed him to be head over everything for the church,  which is his body, the fullness of him who fills everything in every way.”

May 2020 be the year we truly SEE Him and believe!