Pressing on toward the prize!!!!

I press on toward the goal to win the prize for

which God has called me 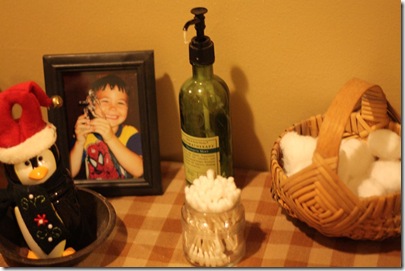 I love this picture of Nick that I have in our bathroom! 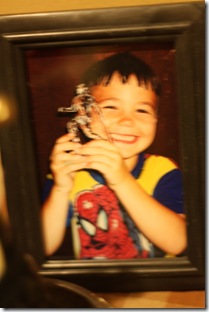 Can you just see the joy in his little face as he proudly holds up his first trophy!?!?!?

He earned this for a year of t-ball where his little buddy Jon’s mom and I were the  coaches.  The only way he would go in the outfield was if I stood right beside him….oh, and he agreed to play only if he never had to bat!!

We always had to skip over him in the batting line-up!

It was hilarious!  But he loved being on the team!

And he loved receiving this trophy!

I try to imagine the prize he has earned for all he HAD to endure while living on this planet and yet remaining so faithful and at peace with God.

Never complaining about the things he had to miss.

I cannot imagine a smile bigger than the one above, but I just KNOW that when Nick received his prize in Heaven this smile just couldn’t compare with the joy in his new one!

Nick, you inspire all of us to press on toward the prize of the upward calling!  Thank you, little man!