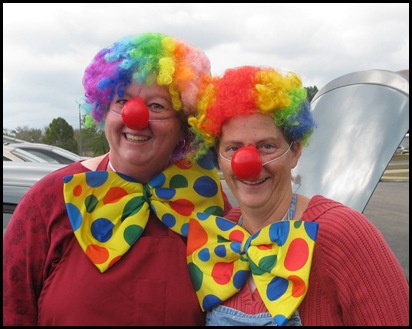 I can’t believe that I actually made a public confession today about my struggles in the world of cooking.

If you talk to any of my friends, you will quickly learn that out of all of the areas in my life where I feel lacking COOKING ranks as NUMBER ONE.

It seems like no matter how much I plan ahead, I have never been able to master being the successful kitchen girl that so many of my friends prove to be almost daily,

whipping things up with “whatever they find in the pantry,”

popping in a casserole they have tucked away in the freezer when they hear that they are having unexpected company,

creating a new recipe using a few spices and a piece of meat,

I, on the other hand, see a bag of boneless chicken breasts and my creativity level bounces back and forth from grilling them to boiling them………

Or when I make brownies I feel happy when I think to sprinkle them with powdered sugar.

So, today, when I walked out of my school to head home, I never suspected that two clowns (literally) in the car next to mine were on some sort-of special covert mission.

My first thought when I saw the clowns was….

“Ewww, that’s kind-of creepy.  Why are two clowns parked so close to me?”

My second thought was, “I can’t wait to call a couple of my friends who live out of town and tell them about this (we have a clown joke that has been going on for some time!)”

My third thought was, “Do I know those clowns?   They look so familiar!”

After screaming and laughing, I began to learn that their entire visit had been planned for a long time.  See, Laurie and Christine both know how inadequate I feel in the kitchen and they had been “cooking up” a surprise for me ever since school began. 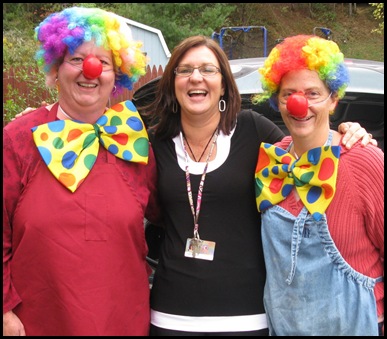 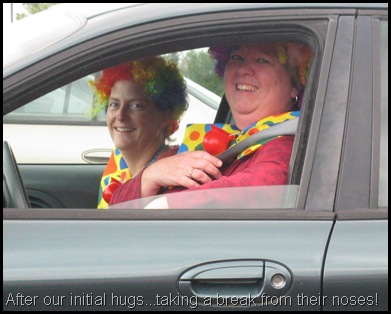 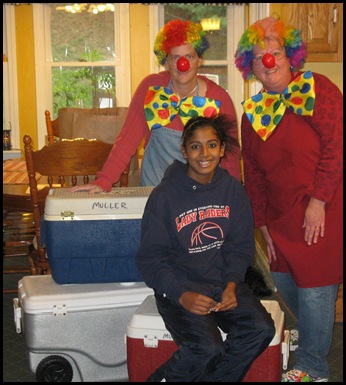 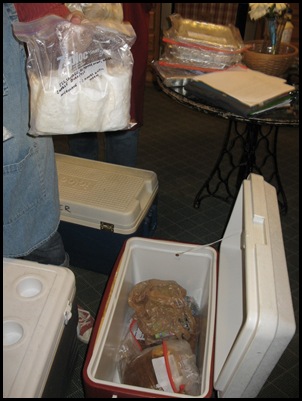 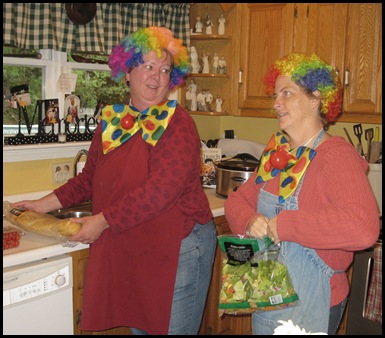 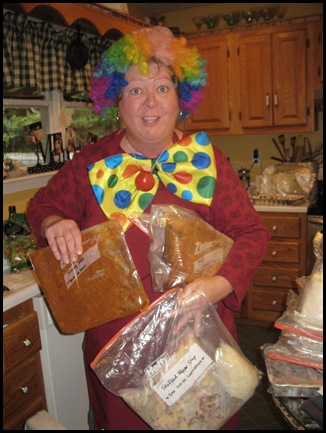 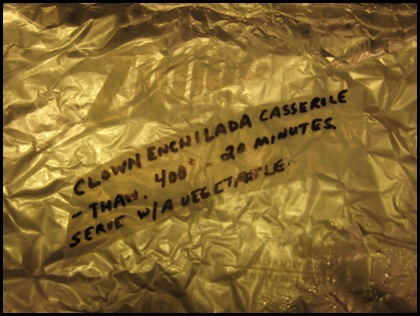 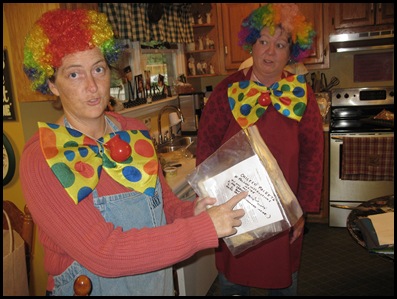 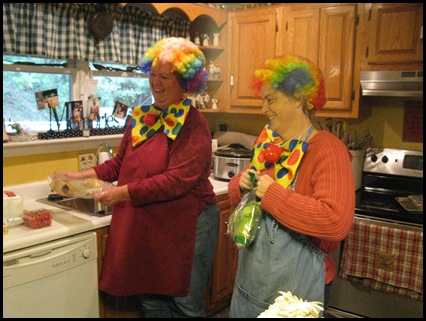 My hands and legs were shaking like I had been caught on Candid Camera or something.  I still can’t believe this happened today!!!!!!!!!!!

They even brought me a cookbook and a notepad so that I can organize my meals……I know that several of you have tried to help me in this area before……forgive me for not “getting it” yet!! 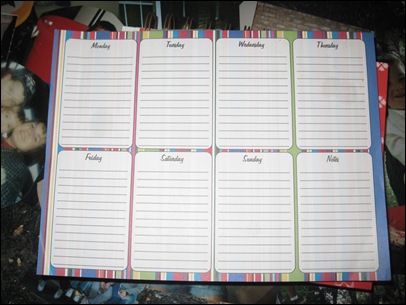 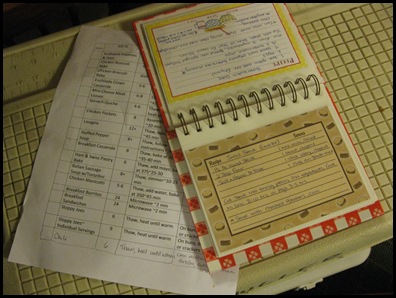 Of course, I had to take my friends’ pictures with everyone I could find in the short time they were here!!!! 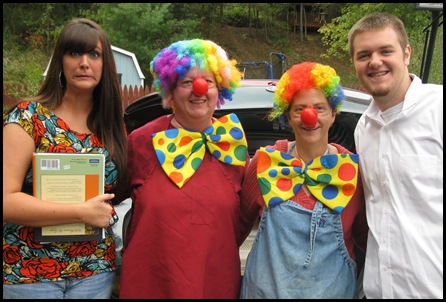 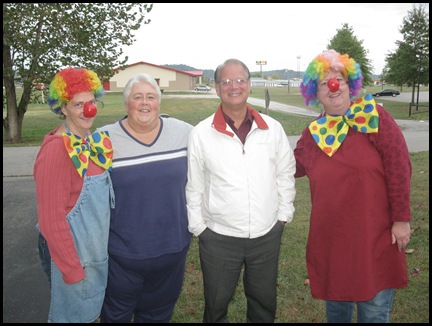 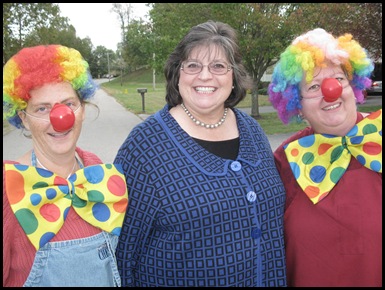 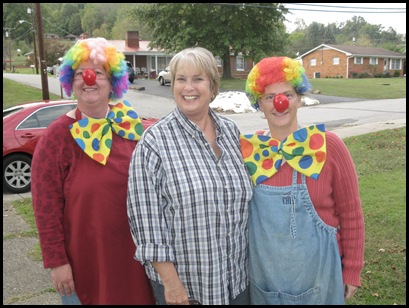 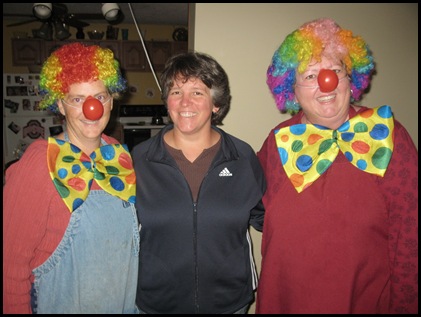 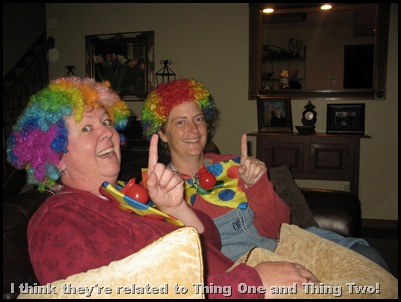 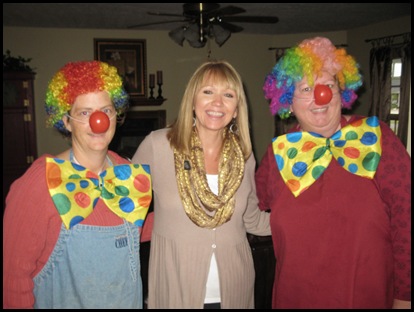 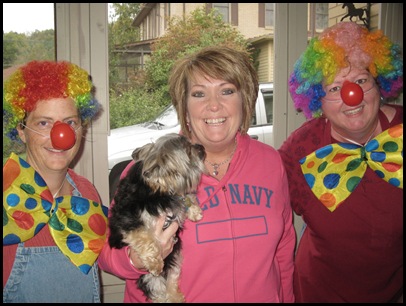 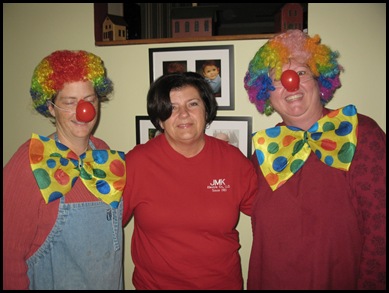 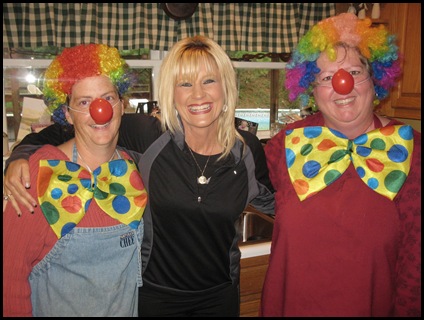 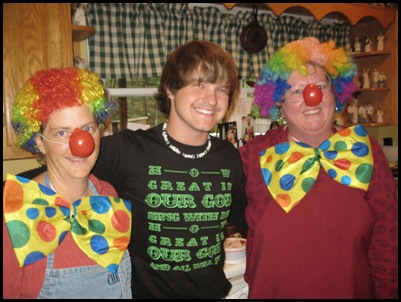 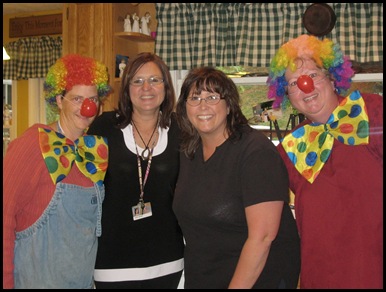 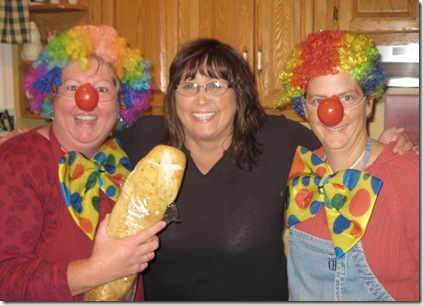 This is how the clowns looked getting out of their car after following me home from school (I’ve never been followed by clowns either.) 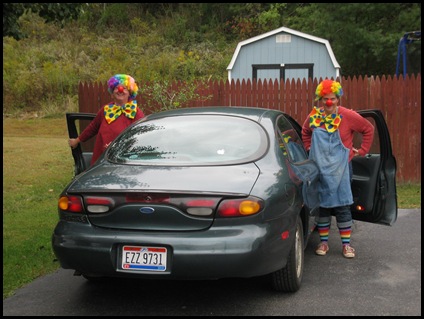 This is how they wanted to leave…..thankfully, Brandon didn’t leave his keys in the car!!! 🙂 (Just kidding.) 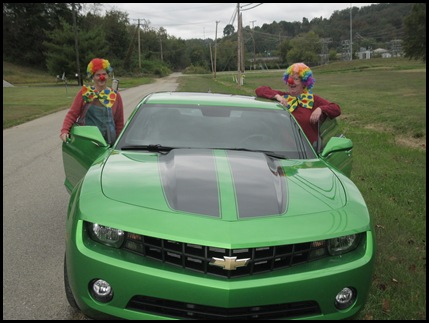 Laurie and Christine said their new ministry is called, “Too blessed to be stressed.”

Overwhelmed tonight as I reflect on such an unexpected afternoon and thankful that God chose to “send in the clowns!”  Thank you, Christine and Laurie, for absolutely making my day perfectly wonderful!!!!!!!!!!!!!!!!!!