When I started doing updates on all of our kids, I had every intention of getting a few new pictures of Todd to share in his post; then one thing happened after another and the next thing I knew, several weeks had passed, and I had not yet written his  update.

This morning, I decided to write his update using pictures I already have.

Todd entered our lives in 1993 just a year and a half after the loss of our daughter Adrienne to SIDS.  His grin lit up our lives.

I know that in many ways, I treated him with an extra-protective spirit because of the fear I had of losing another child.  Our pediatrician placed Todd on an apnea monitor for the first year of his life, and I constantly found myself checking on him to make sure he was okay…not wanting to relive the horror of 1992.

Somehow Todd rose above my anxiety and grew into a funny, resilient kid who developed a sense of humor that made several of my friends say, “He will be the next Mark Lowry (a Christian comedian).”

I wish I could say that just being a toddler in a home with grieving parents was the extent of Todd’s not-so-normal journey into adulthood; however, Todd is our son who I think suffered the greatest personal impact from watching Nick fight cancer and then be taken Home much sooner than we ever dreamed possible.

Todd and Nick were the best of buddies; and honestly, when Nick passed away, Todd lost his best friend. 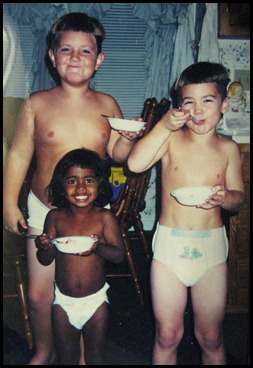 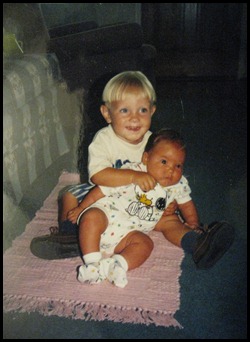 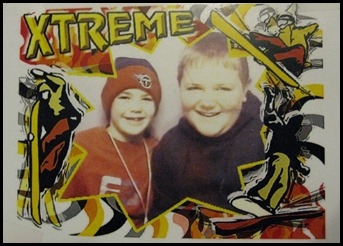 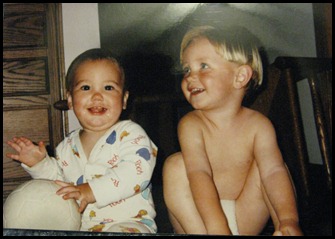 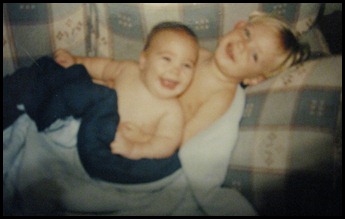 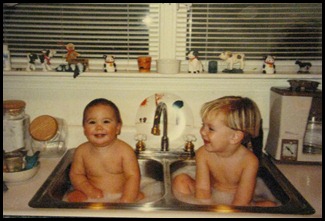 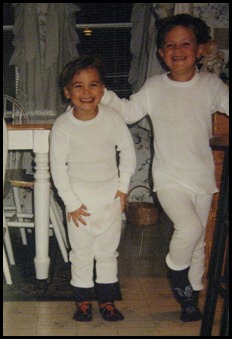 My heart aches when I think of the what life could be like for Todd now if things hadn’t gone they way they had; but I have to believe that somehow God will redeem and is already redeeming Todd’s pain.

I see this redemption when I realize how sensitive Todd is to the pain of others.

Just last night he popped in from college to share with me all about a group called “Invisible Children,” who were on campus raising awareness for kids in Uganda.

Todd has a passion for the hurting.

I love to think about all the plans God has for Todd. He is an amazing young man.

I wish I could figure out a way to show Todd just how proud we are of him and how much we love him.

I know that living with parents in grief for so many years has not been easy.  We have tried to walk the road of grief delicately so that our surviving children would not feel abandoned by our pain.  This has not always been an easy journey.

For today, I just wanted to share a few pictures of Todd and let you know that he is having a life-changing first year of college; and that at this time, he is feeling called into ministry of some kind.  We pray for Todd and our other kids daily, asking God to work in their lives in such powerful ways that they know FOR SURE He is with them and that He has a special plan for each of them.

I’m thankful today for a son just like Todd.

And I know Nick is proud of him as he cheers him on from Heaven!

Traina child in the way he should go,

and when he is old he will not turn 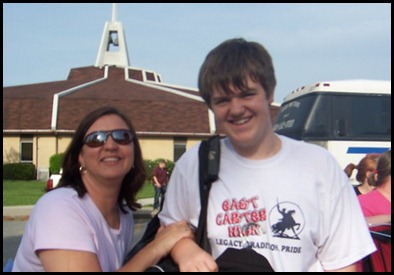 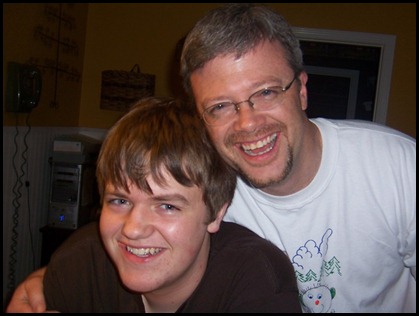 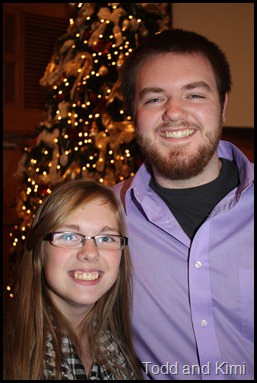 Have a wonderful Wednesday!